When it comes to her work, Laurie Turpin-Soderholm is truly a citizen of the world.

A meeting and event professional with 20 years of planning and operational experience, Turpin-Soderholm has planned and executed domestic and international meetings, incentive trips and special events in more than 40 countries on five continents. 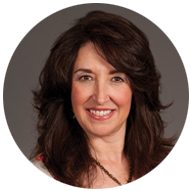 “I love what I do, and I am especially excited when I am able to create an unforgettable experience for my attendees,” Turpin-Soderholm says.

As a senior project manager for Denver-based Global Access Meetings — and throughout her career — Turpin-Soderholm has managed to incorporate her love of theater, travel and community service.

Those passions took shape at Harper College, where Turpin-Soderholm excelled as a student, served as a peer counselor and participated in numerous theater productions both onstage and off. She graduated with an Associate of Arts degree in 1982.

Turpin-Soderholm transferred to Georgetown University, graduated with honors and later completed a master’s degree in theater at Northwestern University. After college, she held positions at the International Theatre Festival of Chicago, the Shakespeare Repertory and helped plan and manage special events including Brach’s Chicago Holiday Parade and Mrs. T’s Chicago Triathlon.

It wasn’t long before Turpin-Soderholm’s talents reached an international stage. In addition to planning events and meetings across the globe, she held leadership roles for worldwide and national level sponsors at the Olympic Games in Atlanta, Nagano, Sydney, Salt Lake City, Athens and Beijing.

“My education and earlier career in the theater helped to focus my creative eye and have developed my abilities to see and think beyond the obvious, ordinary or expected,” she says.

Turpin-Soderholm’s family has a longstanding tradition with Harper. Her sisters and mother are alumni, and her father taught part time. They saw Harper as a gateway to opportunity, and never doubted their journey in higher education would begin at the college.

“I owe absolutely every single thing I have to Harper,” she says. “I never would have gone to Georgetown had it not been for Harper, and I can honestly say that I never once felt underprepared or inferior once I got there.”

Turpin-Soderholm has long valued giving back to her community, offering her time and talent as a board member and planning an annual gala at Unity in Chicago. She also organizes various events at the Abundant Life Spiritual Center in Deerfield, and was a Sunday school teacher and volunteer for many years at her family’s church.

For the past five years, Turpin-Soderholm has again been a familiar face on Harper’s campus, giving guest theater lectures and supporting the Harper College Educational Foundation. She sits on the Foundation’s Annual Giving and Alumni committees and co-funds an endowed scholarship.