$600K in scholarships is available to Harper students. Apply by April 27.
Make a nomination for the Distinguished Alumni or Outstanding Recent Alumni Awards

History of the Office of Diversity and Inclusion

(excerpt from A Way Forward: Report of the President's Task Force on Diversity and Inclusion)

Board members wanted to convey to both the College’s employees as well as district residents that they value diversity, are aware of the changing demographics of the district, and are committed to having the demographics of our employee base represent the diversity in the district. While targets were established for the other IEMs, the College was challenged, for a variety of reasons, to reach consensus on setting targets for the IEM on diversity.

As a result, a series of candid and revelatory conversations took place in 2012 with members of DREAM, Diversity Committee, Human Resources Committee, and the president's cabinet, leading President Kenneth Ender to conclude that the time had come to bring renewed attention to matters of diversity and inclusion and to set an IEM for employee diversity at Harper College. In the summer of 2012, Dr. Ender tasked twelve faculty and staff members with determining how to make these considerations an institutional priority so that movement would not remain flat.

The president charged the task force to:

Over the course of the 2012–2013 academic year, task-force members reviewed key Human Resources and institutional data on employee hiring, resignation, and turnover patterns, as well as Higher Learning Commission report recommendations on diverse employee hiring. The team divided its work into two subcommittees: one on assessment, the other on best practices. The work of the former led to the adoption of the Cultural Values Assessment (CVA) to assess issues of climate that related to diversity/inclusion across employee sectors.

While the CVA demonstrated remarkable alignment for personal, current, and desired cultural values across all employee groups, diverse employees tended to be more likely to single out limiting values such as discrimination, blame, isolation, and internal competition. These findings were supported by focus-group and campus feedback sessions.

What emerged was the portrait of an institution poised for transformation. To facilitate this forward momentum, the task force envisioned a path that begins with the hiring of a senior-level Chief Equity and Inclusion Officer (CEIO) empowered to move Harper's diversity and inclusion initiatives forward. The task force outlined a new IEM that was both aspirational and achievable in its phased approach and emphasis on hiring (diversity) and retention (inclusion) of diverse employees, particularly within faculty and administrative categories, where Harper stands to realize the most significant appreciable gains.

Since 2012, Harper has made great progress. There have been two Special Assistants to the President for Diversity and Inclusion: Michelé Smith (2013–2016) and Pearl Ratunil (2016–2019).  The Diverse Faculty Fellows program has mentored and developed 8 young professionals into community college teaching, and Harper has been recognized with three awards: 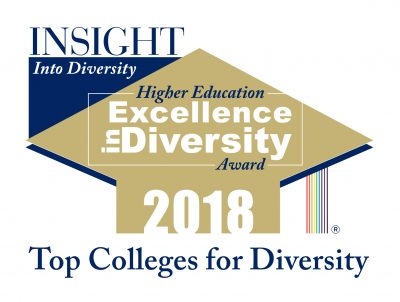