In celebration of the College’s 50th Anniversary, five exceptional Harper College alumni—one from each decade of Harper’s history—were recognized at the Distinguished Alumni Reception and Awards Ceremony on November 2, 2017. 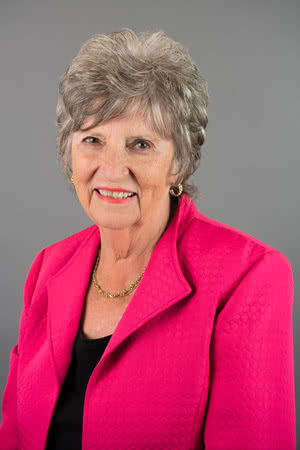 Ann Ryan’s involvement with Harper College began in its first year, when her husband, Martin

Ryan, became one of the founding faculty members. As a mother of two small children, Ann enrolled in Harper’s nursing program, graduating with honors in 1970.

After graduation, Ann went to work at what was then the premier psychiatric hospital in the Northwest suburbs, Forest Hospital, in Des Plaines. While at Forest, she was directly involved in instituting family therapy as integral to the patient treatment, which was a new concept at the time. She later became a drug and alcohol abuse counselor.

After 10 years at Forest, Ann moved on to Mitchell Planning Associates, a medical equipment planning business. Using her experience as a nurse and her considerable people skills, she worked as a Senior Nursing Consultant, assisting hospitals with their planning needs. She left her mark on hospitals around the country as a consultant on everything from equipping patient rooms to equipping operating rooms. After 20 years, she retired from Mitchell in 2000.

Ann’s community involvement is extensive. She currently serves as a volunteer at Journey Care Hospice in Glenview, where her job is to be with people coming to the end of their lives, and with their families. She has served as treasurer for the Northwest Cultural Council, a nonprofit organization that promotes the arts in the suburban communities. A political activist, Ann has also volunteered on a number of political campaigns including those for the Illinois House and Senate, the United States House and Senate, and two presidential campaigns.

Ann’s lifelong commitment to quality health care led to her work for the passage of the Affordable Care Act volunteering with Citizens Action. Ann remains involved at Harper in many ways. She currently serves on the Foundation’s Alumni Committee and on the College’s 50th Anniversary Alumni Planning Committee, and on a community taskforce providing input on long range master planning.

Of the impact that Harper has had on her, Ann says, “Harper College was the foundation for my life as a psychiatric nurse and my career in hospital consulting which lasted for more than 30 years. It began my lifelong love of the arts. Not only painting, sculpture, but the theatre. This strong foundation led me in my retirement to volunteer for the things I most care about.” 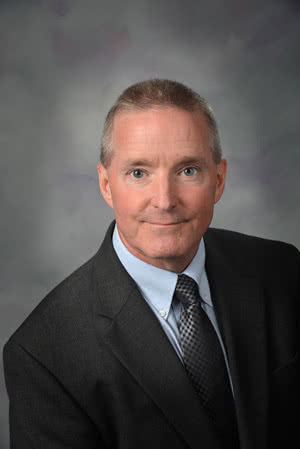 Mayor Craig B. Johnson is one of the longest serving mayors in the Northwest suburbs of Chicago. For the last 20 years, he has served as mayor of Elk Grove Village, a community of 33,000 residents and the nation’s largest contiguous industrial park, which is home to 3,600 businesses. He is also the owner of Johnson Insurance Agency, the oldest continuously running business in Elk Grove Village.

Mayor Johnson received his Associate of Science degree from Harper College in 1980. He went on to earn a Bachelor of Arts from Northeastern Illinois University.

Since graduating from Harper College, Mayor Johnson has had a distinguished career in public service and compiled an outstanding record of accomplishment. Under his leadership, Elk Grove Village has received numerous awards, including 30 consecutive “Awards for Excellence in Financial Reporting” from the International Government Finance Officers Association, the National League of Cities Urban Innovation Award, eight Statewide Governor’s Hometown Awards, the 2015 Small Business Advocate Award from the US Conference of Mayors and countless other recognitions.

Mayor Johnson has extensive experience in multimodal transportation and currently serves on the board of directors of the Illinois State Toll Highway Authority. He is also the Chairman of the Suburban O’Hare Commission as it explores issues surrounding O’Hare modernization and its environmental impact statement.

Mayor Johnson is widely regarded as an inspirational leader and tireless advocate for the residents and businesses of Elk Grove Village. As mayor, he oversaw the creation of the Industrial/Commercial Revitalization Commission, which has reinvested more than $60 million into the Elk Grove Business Park to improve transportation, business retention/recruitment, and aesthetics.

In addition to his service as mayor, Mayor Johnson is an active volunteer in the community. He is involved in the American Cancer Society Relay for Life, Rotary Fest and serves as precinct captain for Elk Grove Township. He previously served as Cub Master for Elk Grove Cub Scout Pack 190, coach for Elk Grove youth boys’ baseball and girls’ softball, and Head Varsity Wrestling Coach at Elk Grove High School.

Of receiving the Harper College Distinguished Alumni Award, Mayor Johnson says, “I am extremely honored to receive this recognition from such a distinguished institution.”

Mayor Johnson has been selected as the recipient for the 1977-1986 decade. 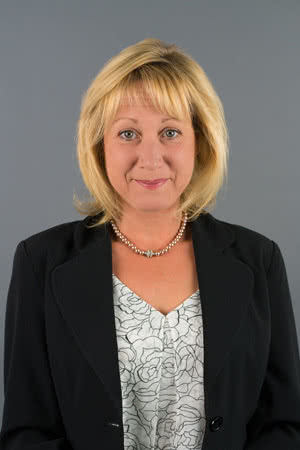 Dr. Susan Grant enrolled in the Nursing Program at Harper College as the mother of two young children. She chose Harper because the admissions staff made an effort to accommodate her schedule and outside responsibilities. “From the first class at Harper, I felt at home and comfortable, and there was a palpable culture of inclusion and student-oriented actions by staff and faculty. This experience has made all the difference in how I experienced education at Harper and beyond,” says Dr. Grant.

Today, Dr. Grant is a full time faculty member in the Health Careers Division at Harper College, where she serves as coordinator for the Health Science Core program. She previously served as the phlebotomy program coordinator and also helped to develop the Community Health Worker curriculum at the College. Prior to bringing her talents back to Harper, she proudly served as First Lieutenant in the Army Medical Services. Other prior roles include Director of Nursing for Provena Health, Administrative Director of Women and Children’s Services at Alexian Brothers Medical Center, Executive Director in Transfusion Medicine, Reproductive Medicine Clinician and Community Health Educator. Dr. Grant also completed a coveted Fellowship in Health Care Executive Leadership at the Health Care Advisory Board in Washington, DC in 2007.

Dr. Grant is a strong advocate for military and veterans services in the community. At Harper, part of her role has centered around helping students who are in the armed forces. She has served as the faculty advisor for the Student Veteran’s Club and was instrumental in securing funding for the development of the new Veteran Center on campus. In 2017, she was asked to join the faculty panel of the American Council on Education’s program for Military Credit for Prior Learning.

Without the strong foundation and confidence built at Harper, Dr. Grant believes she may never have gone on to further her education. She credits Harper faculty members, such as Joni Rothblum, Dr. Peg Burbach and Julie D’Agostino, for instilling a confidence in her that she is grateful for to this day.

“I feel that my academic and professional career has come full circle. I was first helped to believe in myself at Harper, and today as a faculty member, I work each day with a mission to inspire the next generation of students to achieve their potential and develop a love of life-long learning,” she says. 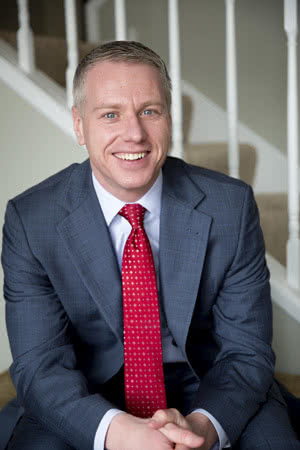 After high school Royal Hartwig enrolled at Harper College because it was affordable, flexible and was close to his full time job at the time. He earned his associates degree in 2001. After graduating from Harper, he moved to Florida and attended Florida International University, where he earned a bachelor’s degree in business management and minor in psychology.

After moving back to Illinois, Royal became a real estate agent with Coldwell Banker Residential Brokerage, where he earned the honor of Rookie of the Year during his first year. Within a couple of years he became the number one agent in the office of 120 agents. When he switched to Keller Williams Team Realty in 2010, he quickly became the top agent again in his office. It was at Keller Williams that he developed his own team, which became one of the top 10 teams within the company’s Midwest Region. His team was also ranked one of the top real estate teams in the US according to REAL Trends.

In 2015, Royal branched out and opened his own brokerage that is based in Palatine. His first year in business was extremely successful. In 2017, his firm is on pace to achieve more than $40 million in sales. Royal currently ranks in the top one percent of Realtors in terms of transactions and sales volume.

In addition to the success that Royal has experienced in his career, he is equally proud of his community involvement and leadership. He is a member of the Schaumburg/Hoffman Estates Rotary Club where he serves on their Foundation Board as well as on the committee that established the Fishing Well scholarship program. A partnership with Harper College, this program has designated an incredible $100,000 in scholarships to Harper students. In 2016, Royal joined the Harper College Educational Foundation’s Golf Committee to plan and fundraise for the event that raises funds for scholarships and programs at Harper. He was one of the leading members on the committee in terms of money raised and returned to do it again in 2017. Additionally, his company has donated more than $3,000 to Blessings in a Backpack, a program that provides needy children from the Hoffman Estates/Schaumburg area a backpack full of food so they can come to school well fed and ready to learn on Mondays.

Royal has been happily married to Elizabeth for 11 years and has two wonderful kids, Anthony and Marlee. 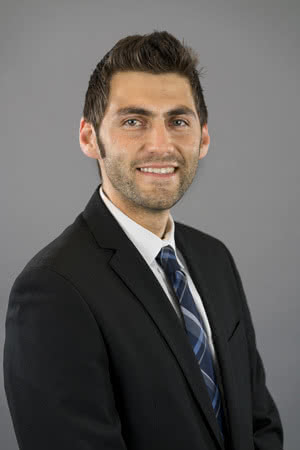 For Dr. Alexander Kantorovich, success means making a difference in all aspects of medicine – for his patients, students and the medical and general community overall. This mindset was cultivated and began to flourish during his time at Harper College.

Dr. Kantorovich arrived at Harper in 2006 under the Distinguished Trustee scholarship, with a goal of attending pharmacy school afterwards. While a student at Harper, he had the opportunity to work on an independent research project under the direction of his organic chemistry professor, Dr. Daniel Stanford.

Dr. Kantorovich has achieved an exceptional level of success in the pharmacy profession. He currently serves as Clinical Associate Professor of Pharmacy Practice at Chicago State University (CSU) College of Pharmacy and Clinical Pharmacy Specialist at Advocate Christ Medical Center. In just three years at CSU, he ascended the faculty ranks and was granted the rank of Associate Professor in July 2017.

In addition to his contributions in the classroom, Dr. Kantorovich has made significant contributions to his profession in the form of scientific research and writing. His research efforts focus on safe and effective medication use in the fields of cardiology and general medicine. He has been a contributing author on pharmacy-related book chapters, and has published in numerous medical and pharmacy professional journals.

Dr. Kantorovich’s volunteer and community activities include giving back to his profession through reviewing professional manuscripts and student CVs, as well as editing board certification materials. He has also served as a judge for the Chicago Public Schools science fair and participates in providing important health screenings as the clinical advisor for the CSU chapter of the Student Asian Pharmacists Association.

Dr. Kantorovich considers attending Harper College one of the best decisions he has ever made. Of receiving the Distinguished Alumni Award, he says, “This award symbolizes that the educational foundation that Harper ingrained in me was strong and able to bear the weight of all the things that I have piled on it, including many years of school and post-graduate training. It serves as a reminder to continue my journey to be the best pharmacist, teacher and person I can be.”

Dr. Kantorovich has been selected as the recipient for the 2007-2017 decade.