As Associate Dean of New Student Programs, Career Development and the Rita and John Canning Women’s Program at Harper College, she develops and designs programming – including customized orientation and advising for at-risk and special populations – and empowers her staff to create an inclusive, impactful environment for students. 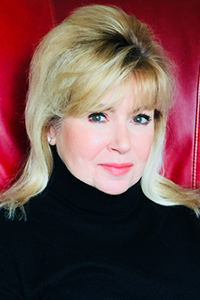 “I’m helping others to do better, feel safer, stay intact,” Atkinson said. Her work is an extension of the warm welcome she first encountered as a student at Harper in the early 1980s.

“I came here as a bit of a disgruntled, defiant student,” Atkinson admits. Her family had moved 10 times in 12 years while growing up, and she wasn’t expecting to find a home at Harper. “As someone who had moved so much, I was kind of blown away by how supportive and familiar this place was.”

Drawn to Harper’s positivity, Atkinson got involved as a student orientation leader and with the first LGBT club on campus. She graduated with an Associate of Arts degree in 1982 and has been employed by the school since 1986 in various roles, including manager of the assessment and testing center, associate professor, and student development counselor, in which she initiated Harper’s first peer mentoring program to support LGBTQ students.

“I have always gravitated to people who are at risk or marginalized in some way,” said Atkinson, who herself has lost friends to gender identity issues. “I think there’s so much we need to do – socially, politically – from an equity and rights point of view.”

Her philanthropic work with the Clearbrook Association for Disabled Persons, Special Olympics, HOPE Giving Circle and Annual Harper College Giving Campaign reflects that commitment to community and the underserved.

Atkinson lives in Long Grove and holds a bachelor’s degree in psychology, master’s degree in counseling from Roosevelt University and a doctorate degree in education from Northern Illinois University. “I had mentors and really strong advocates who said, ‘You can’t stop, you need to get a terminal degree and make change to help more people,’” she said.

Four decades into her relationship with Harper College, Atkinson remains passionate about outreach and effecting change. “I feel there is a legacy I have to uphold because I was received so well,” said Atkinson. “It’s like family here.”

Jim Gallo is someone who knows paths can change.

He was a student at Northern Illinois University when he was hit by a drunk driver in 1980 and lost the use of his legs. “I spent the semester in the hospital, I couldn’t return to Northern,” Gallo said. 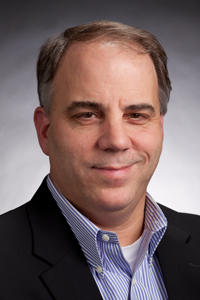 Having to withdraw from school, Gallo ended up enrolling at Harper College, 10 minutes from his hometown of Hoffman Estates. “Everything was pretty accessible,” he said of navigating the campus in wheelchair.

Gallo sees Harper as a stepping stone to his career – which includes an accounting degree from the University of Illinois at Urbana-Champaign, working for the Big 6 auditing company that would become PricewaterhouseCoopers, leading post-press finishing company Specialty Finishing Group, managing his corporate renewal consultancy Gallo Associates and even earning a master’s in journalism from Northwestern University.

“I love to write and wanted to become a better writer, so I decided to stop the world and get off,” Gallo said of enrolling at the Medill School of Journalism when he wanted to step away from being a troubled-company consultant.

To polish his skills, Gallo returned to his stalwart Harper to take a writing course with Elizabeth Hull. Enamored with the school’s affordable offerings, he even took a piano course with Mark Mrozinski, now Assistant Vice President of Workforce Development and Executive Dean of Community Education.

“Nothing makes you practice like hanging a grade over your head,” he joked.

Still, Gallo said, “disabled kids are my passion” – a passion he began to fulfill through his involvement playing for wheelchair basketball teams in the 1980s.

In 1987, he co-wrote a proposal for his team to become the Chicago Wheelchair Bulls, affiliated with the NBA team. “[We were] part of the Bulls in the Michael Jordan era,” Gallo reminisced. He and others established a junior wheelchair basketball league, along with Kids Day, a free annual event that introduced disabled kids to their favorite athletes. “The events we had for disabled kids, no one else in the country was doing,” he said.

Service is important to Gallo, who has sat on Harper College’s Board of Trustees (2011–17), has been invited to tell his story to local high schools as part of presentations on smart choices and currently serves as a mentor for a business incubator program for teens at Conant High School in Hoffman Estates.

“It’s hard for me to take all this credit,” Gallo said of being a Distinguished Alumni Award recipient. “People helped me.”

Donald Grant’s career is closely tied to safety and outcomes.

As a 20-year veteran of the U.S. Army, he served multiple combat deployments and developed training plans focused on soldier safety and quantifiable results, earning him two Bronze Star medals for service in Iraq and an Army Commendation Medal for service in Uganda. 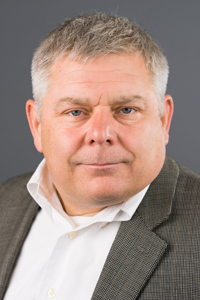 In his 25 years in the health care industry – as compliance officer and director of strategy and implementation at Alexian Brothers Medical Center, director of managed care at US Oncology and most recently as senior financial analyst at UnitedHealth Group – he has focused on organizational performance and patient-centered care.

“Harper really was a catalyst for lifelong learning,” the Prairie Grove resident said. He admits he wasn’t focused or motivated after graduating high school, but Harper College helped him change course. “I was exposed to classes I hadn’t seen and classes that were much more interesting to me.”

At Harper, Grant was drawn to the “breadth and depth” of subjects such as geology, anthropology, philosophy, logic and German. He served as vice president of the Young Corporate Achievers, a student group that ran a dental supply company that was gifted to the school. Grant considered the experience a “fascinating” look at business.

After earning an associate degree from Harper in 1989, Grant received a bachelor’s in German from Northern Illinois University. It was there he joined ROTC for a “formal study of leadership,” initiating his relationship with the military. He went on to complete an MBA with a focus in economics from Lake Forest Graduate School of Management and a Master of Jurisprudence in health law from Loyola University, along with graduate coursework from University of Oxford, Northwestern University and the Naval Post-Graduate School.

Grant has an idea of what connects his various and seemingly disparate pursuits: “The real commonality is learning for the sake of learning, learning for an applied sense and leveraging that knowledge to drive quality and performance,” he said.

In 2017, Grant retired from the Army at the rank of Major. He uses his knowledge to counsel members of Harper College’s Student Veterans Association, a group advised by his wife Susan Grant, an assistant professor and former U.S. Army nurse.

Grant said he’s “absolutely honored” to be a Distinguished Alumni Award recipient. For him, the trick has been to take risks and lean into learning and says, “I’m still actively taking courses to this day.”

John O’Halloran has always seen himself as man behind the scenes.

“I’m not a doctor, I’m not a lawyer. I’m like a reliable second baseman who gets a lot of singles,” he said. 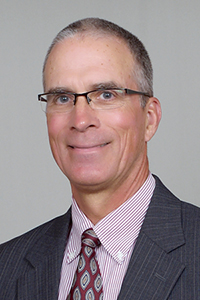 This consistency is evident in his 24-year career at electric utility company ComEd, where he variably served as account manager, external affairs manager and open access implementation team member until 2014. “At one point I was the account manager for Harper College, so I got to know it a little differently,” he said.

That’s no easy feat, considering O’Halloran has two degrees from Harper College and is the middle of three generations to attend the school.

“I knew Harper College since I was in elementary school. My mother was there in the beginning, before the campus was there,” O’Halloran said. “It was a good, economical first two years, when you’re just feeling out what you want to do with the rest of your life.”

O’Halloran found his niche at Harper as the manager for the men’s basketball team under Roger Bechtold. “I wasn’t good enough to be on the team, but still wanted to be part of the action,” he said. “I love logistics, operations, statistics.”

After getting his associate’s degree from Harper in 1978, O’Halloran earned a bachelor’s in business and marketing from Western Michigan University, where a love for endurance running emerged. “I got into ultramarathons” – races longer than 26.2 miles.

O’Halloran was courted back to Harper in the late 1980s by the launch of its Cardiac Exercise Technology Program. “What a cool concept, to be able to help people,” he thought after reading about the curriculum in the Daily Herald. Program director Will Hoffman recognized O’Halloran’s flair for both business and fitness, and helped him secure a job with Cardio Fitness Center in Chicago, where for six years he personalized training plans for hundreds of clients and paced one to a sub-four-hour finish in the 1988 Chicago Marathon.

O’Halloran’s penchant for being a utility player saw him serving on several Harper College alumni and planning committees, and on a steering committee for the community nonprofit Golden Corridor Makerspace. He recently moved to San Diego with his wife and does not seem to be slowing down in retirement.

“I’ve gotten in with the San Diego Running Company,” he says. “[I hope to do] the same kind of operations: make things happen for the runners.”

Career entrepreneur Jordan Sadoff has always had a knack for business. But he credits Harper College with bringing clarity to his ambitions. 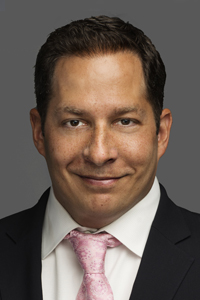 “My very first class I took at Harper was an economics class. All of the analogies really sunk in,” Sadoff said. “It was the first time that I really felt like something clicked in my mind about a career path I wanted to pursue.”

Since attending Harper (1996-1997) alongside his twin brother and business partner Jacob, Sadoff has gone on to earn a marketing degree from Northern Illinois University, helm the toy-and-plush distributor JJ Bean and cofound the consumer gold and silver-purchasing company GoldMax — which at its height had 225 retail locations and brought in $300 million in revenue.

Today, Sadoff is cofounder and president of Restore Hair, a hair restoration business that has been turning heads in Chicago for its billboard ads featuring former Chicago Bears linebacker Brian Urlacher.

“My brother Jake and I both had a hair restoration procedure on the same day when we were 28 years old. It had this profound impact on me,” said Sadoff, who in 2013 decided to team up with the doctor who did his procedure.

“Who’s the biggest bald guy in Chicago?” Sadoff thought, approaching Urlacher’s agent for a celebrity endorsement. “Brian showing the world his hair really opened up the door. He was able to help us change that stigma.”

Thanks to the success of Restore Hair, Sadoff and his brother were finalists for Ernst & Young’s 2018 Entrepreneur of the Year Award.

The brothers have also given back to the community by sponsoring the Jacob and Jordan Sadoff Scholarship at Harper College. “I believe so strongly in education,” Sadoff said. “It’s the whole teach-a-man-to-fish concept.”

He appreciates that Harper was foundational to his business career, for its convenience, affordability and closeness to home. “I wanted to be able to save money in those first two years of school,” said Sadoff, who worked full time while attending.

Sadoff is also never far from Harper physically — “I literally live in Harper’s backyard,” said the Palatine resident. “My daughter and I ride our bikes around campus.”