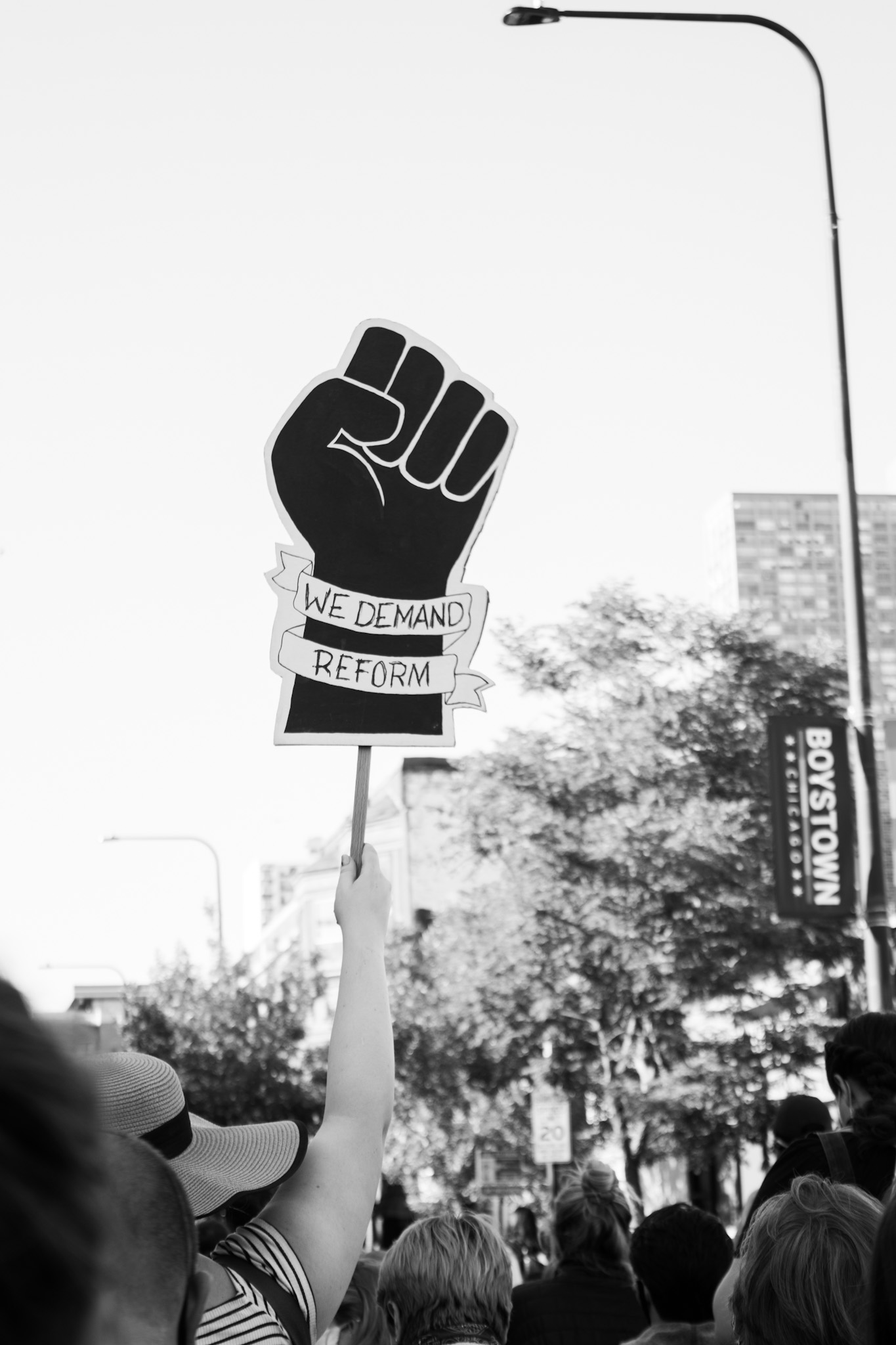 The Harbinger took first and second place in the competition’s largest and most competitive category – Best Feature Writing – beating out 25 other submissions from across the state.

Harbinger Editor-in-Chief Micaela Gaffo took first place for her feature piece on student’s declining mental health during the pandemic and sophomore Konrad Strzalka earned second place in the same category for his story on a local family’s struggle after contracting coronavirus.

“I was so surprised and so happy to see my hard work pay off,” Micaela said. “To think that our small program at Harper reigns at the top in terms of quality – it’s such a good feeling.”

Micaela also took first place for the Best Feature Photo category, beating out 18 other submissions. Her winning photo was captured during a Black Lives Matters protest in Chicago.

Freshman Adriana Briscoe, who will serve as The Harbinger’s editor-in-chief next year, won first place for Best Editorial for her piece on access to free menstruation products. Adriana also won third place for Best News Story, for her report covering Harper’s campus conditions during the pandemic last fall.

The 2021 contest had 15 community colleges compete and a total of 306 pieces of work including feature writing, photography and sports – a total of 23 different categories. Each submission is judged by professional journalists.

The Harbinger launched its new digital publication – harbinger.media – in the spring of 2019. A year later, the staff entered its first ICCJA competition and marked its first win by claiming the top position in the category of Best Feature Writing. Staff writer Izzy Reno took first place for her feature story on students’ frustrations over fundraising. The publication also won Best Cartoon, with first place going to Elias Gonzalez for his cartoon strip titled Angry Student Comix.

“Being a part of The Harbinger has been one of the best things I’ve done at Harper because it’s helped me improve my writing, it helped me find confidence in using my voice, and it taught me how to lead,” Micaela added. “It’s been incredibly rewarding.”

Micaela has been offered over $35,000 in total scholarship money as a result of her leadership and accomplishments with The Harbinger.