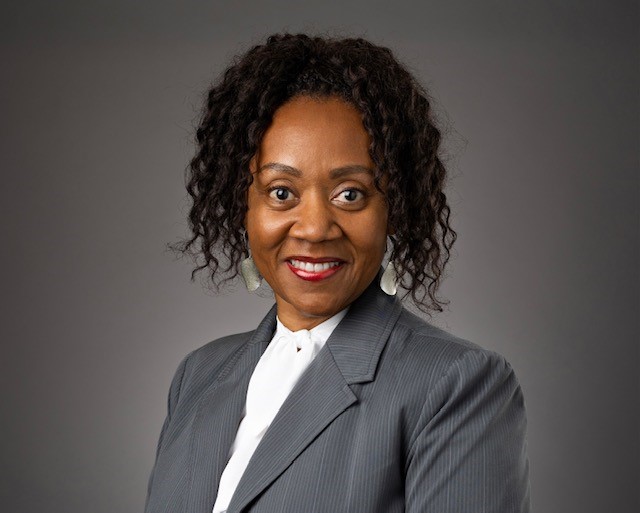 Even before she was old enough to attend, Dr. Tamara A. Johnson was in school.

As soon as she could walk, Johnson would tag along with her grandmother, who taught eighth grade at a school on the South Side of Chicago. As a result, some of her earliest experiences were in a classroom.

“That’s really what sparked my initial attraction to education,” said Johnson, who has spent much of her career in academia, including her new role as vice president of diversity, equity and inclusion at Harper College. “I went to school before I basically did anything else.”

But it wasn’t just the place; it was the impact of her grandmother’s chosen career of service in relation to learning. Johnson has woven that thread of service throughout her life and career.

The thread was present in her psychology studies at the University of Illinois at Urbana-Champaign and Indiana State University (where she earned her doctorate in counseling psychology), inspired by witnessing a psychiatrist help her uncle with his intellectual disability.

The thread was present in her work as a consultant and post-doctoral fellow at the U.S. Department of Veterans Affairs, where she was attuned to how each role – from custodian to medical practitioner – helped provide essential service to our veterans.

“All of my work has focused on being of service to others,” said Johnson, who has been a teacher and counselor, and worked in career services and faculty initiatives. “It’s about compromise and flexibility, listening to others’ voices and speaking my own truths. It’s about seeking to understand and being understood.”

She credited her experience as an educator for some of her success in shepherding DEI projects in higher education. Because Johnson knows what it’s like to design a syllabus and work with students inside the classroom, she said she can more easily relate to faculty, students and the central mission of an institution. Due to her work in areas such as residential life and multicultural affairs, she also understands staff and how they play essential functions that support student success.

Her foundation in psychology might even be more key. Johnson enjoys discussing the parallels between DEI work and psychology, including how both subjects are focused on change, assessment, listening and bringing together multiple perspectives.

“Having a background in psychology has been extremely helpful for me in terms of my work in diversity,” she said. “There’s an analogy in psychology: If, for example, you’re working with someone that is depressed, part of your role is to help them take off those blue sunglasses so they can see all the colors that exist. When doing DEI work, you’re trying to help people put on different sets of sunglasses so they can see a spectrum of perspectives. In both cases, it’s important to understand and respect how individuals see the world and help them see other possibilities. Psychology and DEI both work with individuals and groups that have experienced trauma and tragedy as well as triumph and joy.”

Although she’s proud of her achievements related to DEI (which include designing and launching UW-Eau Claire’s Black Cultural Center and integrating DEI elements into faculty and staff performance reviews at two previous institutions), Johnson places greater emphasis on the continuing legacy of the efforts she led, the substantive conversations she helped begin, the relationships that endure and the lasting impact of her work.

“I keep in touch with people at every institution I’ve worked at,” she said. “Although I have a list of specific accomplishments to my credit, what’s particularly important to me is will those constituents say, ‘If I shared what I needed, could I count on her to do the very best she could to deliver the resources, support and/or training that would ultimately impact my experience in a positive way? Did she say the things that might have been uncomfortable or unpopular, but in service of making this a better place for the most marginalized, for those that don’t have a voice? Did she work diligently to change the policies and structures that have created barriers for diverse populations?’

“My experience is that, in most cases, people would answer yes to those questions, which is what has become particularly important to me.”

Johnson is excited to bring her experience and knowledge to Harper for a variety of reasons. One is because she already had a high opinion of community colleges because her mother, Dr. JoAnn Jenkins, is the dean of student success at Moraine Valley Community College and has worked there for more than 14 years (“She loves, loves, loves, community colleges”). Johnson also recognized that DEI officers are not as prevalent in the two-year sphere as with four-year institutions and jumped at the chance to work within Harper’s mission of educational access for all.

She was also eager to work for Dr. Avis Proctor, Harper’s president, because of her accomplishments and vision for the college. She noted that Dr. Proctor is the first female president and first Black president she’s had the opportunity to serve under during her entire professional career. She expressed the significance of everyone seeing leaders that reflect a range of identities.

“To see leadership that looked different from my previous institutions was particularly attractive,” Johnson said, relating the importance of representation to her time as a college instructor. “It was good for white students to see me in the classroom as the person sharing the knowledge and good for students of color to see someone that looked like them facilitating the learning experience. Sometimes, the models that we see are a consistent image, and then it seems like that’s the only place where the knowledge is held.”

She began at Harper on July 1 and is taking time in the early weeks of her tenure to learn about the college, listen to constituents and build her understanding of Harper’s culture. Johnson said that it’s not just about importing a successful initiative from another institution but collaborating to discover what is best for Harper and its students, faculty, staff and community. As such, she stressed the importance of having relationships of substance with a variety of folks who comprise the Harper community.

Johnson said she is energized that Harper has already begun work on many DEI initiatives. She isn’t starting from scratch.

“It’s exciting to see how many things are already happening. It’s more about how those initiatives are aligned and how we highlight the people and offices doing really great work,” she said. “And it’s about how I can help move Harper to the next level.”

Johnson also emphasized the importance of having an intentional, strategic approach and indicated that “activity does not equal impact,” sharing that assessment is particularly important to determine if the college’s efforts are achieving the desired outcomes.

Some of her larger goals for Harper include fostering understanding among constituents about how DEI is incorporated into their specific roles. Johnson said she wants to meet each person where they are and, in the process, increase recognition that this work involves change at both a personal and policy level. She praised Harper’s quantitative data collection and hopes to obtain more qualitative data to better comprehend how various populations experience the college.

“The Association of American Colleges and Universities has an inclusive excellence framework that I like to reference. What is significant about this framework is that it emphasizes that an institution’s success is determined by how well it values, engages and includes the rich diversity of students, faculty, staff, alumni and alumni constituents,” Johnson said. “That’s to say that you cannot truly achieve excellence without accounting for diversity, equity and inclusion. This includes an ongoing process of examining our structures, policies and processes to ensure that our most vulnerable and underrepresented populations have the opportunity to achieve their full potential.”