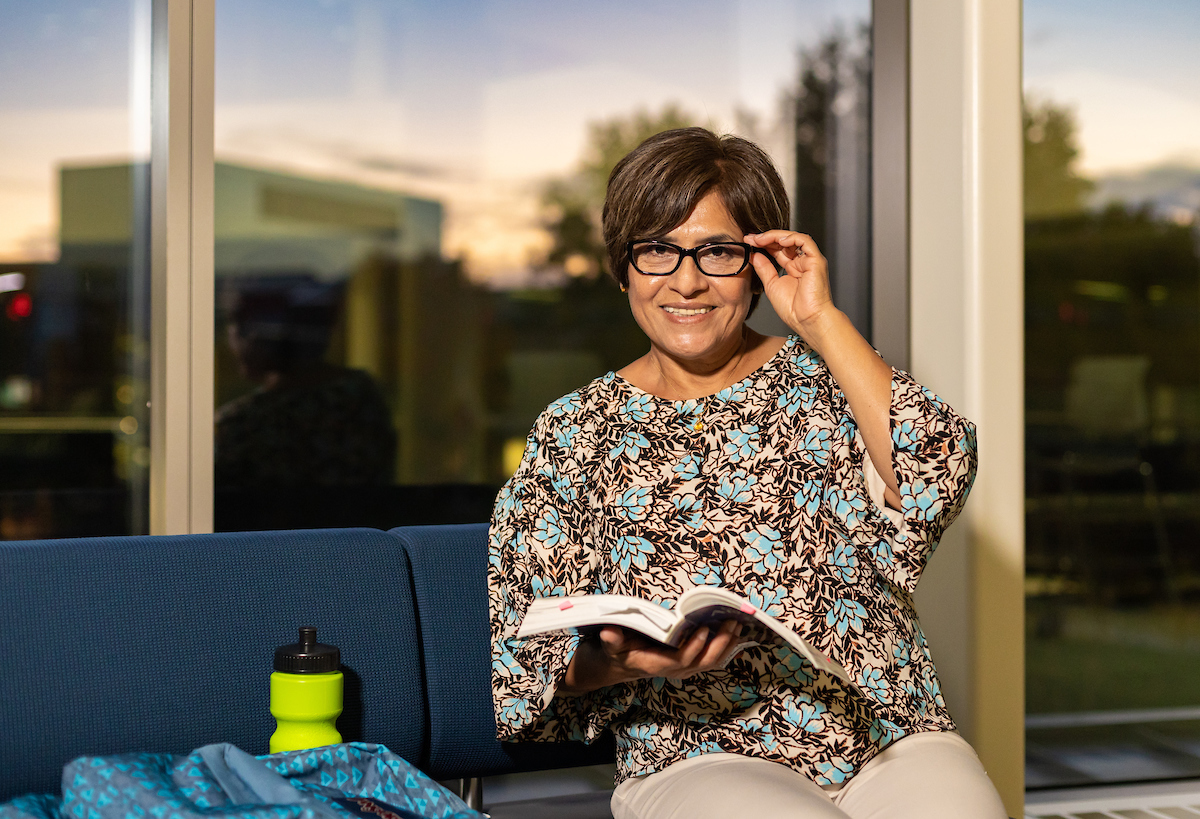 When Maria Vargas received her law degree in Mexico, she could not have foreseen that she would find a job in Hoffman Estates 30 years later with Metcalf & Associates, a firm that practices immigration law.

The path from there to here wasn’t always straight, but it brought Maria, of Schaumburg, right through Harper College’s Paralegal Studies Program.

In fact, the program attracts many students like Maria, who have received their law degrees from other countries, Carlson-Nofsinger said.

These students “want to work in the law, but they don’t necessarily want to start over in the university setting, getting their law degree,” she said. Harper’s program is a “way to reconnect without having to go through the whole educational process again.”

Plus, it gives students a feeling of familiarity.

“There’s a sense of comfort,” Carlson-Nofsinger said. “You feel like this is something you know, [that] you can do.”

Maria came to the U. S. after working for a year in Mexico, but she didn’t have the emotional and financial support systems to succeed, she said. Between the time she started at Universidad Autónoma de Guerrero in Chilpancingo, the capital city of the Mexican state Guerrero, and passed the bar exam in the early ’90s, her parents both died. In 1996, she moved to Illinois to be with family.

In August, Maria graduated with her Harper Paralegal Studies Certificate, a 24-credit hour program that’s ideal for students who’ve previously earned a law degree. Maria said she is proud to achieve all A’s and B’s in her classes, and she’s proud to work in immigration law.

She recently wrote a paper for a writing class this semester – she's taking one more class post-graduation to improve her writing – about why she became a paralegal. One reason is her personal experience: She hired an immigration attorney to become a legal resident of the U.S. and worked with the attorney’s paralegal to gather documents.

“I told myself, I can be a paralegal and perform that job,” she wrote in the paper. “I am proud of myself that as a paralegal I did my own paperwork to apply for citizenship. This personal experience has been the motive on becoming a paralegal.”

But it hasn’t always been easy.

Maria pointed to a moment of uncertainty in her educational journey, partially the result of self-consciousness about her accent. She talked to Carlson-Nofsinger about wanting to quit the program.

“She didn’t let me,” Maria said. “She encouraged me. She supported me. She said, ‘Don’t be embarrassed because of your accent. You speak English well. You know another language. Take that as an advantage for you. Believe me, there is going to be a place where they’re going to need a person with your Spanish skills. Please try. Go back.’”

That’s what Maria did. She began an internship that led to her current position as a paralegal assistant.

To students like herself, who have a law degree from another country and are considering attending Harper, Maria had some simple advice: Do it. Enroll. And don’t be scared – there’s plenty of assistance available at Harper, from tutoring to the library to the hands-on professors.

“You are not by yourself,” Maria said. “Harper can offer any kind of help. It’s the beauty of this college. It’s the best thing you can do for yourself.”