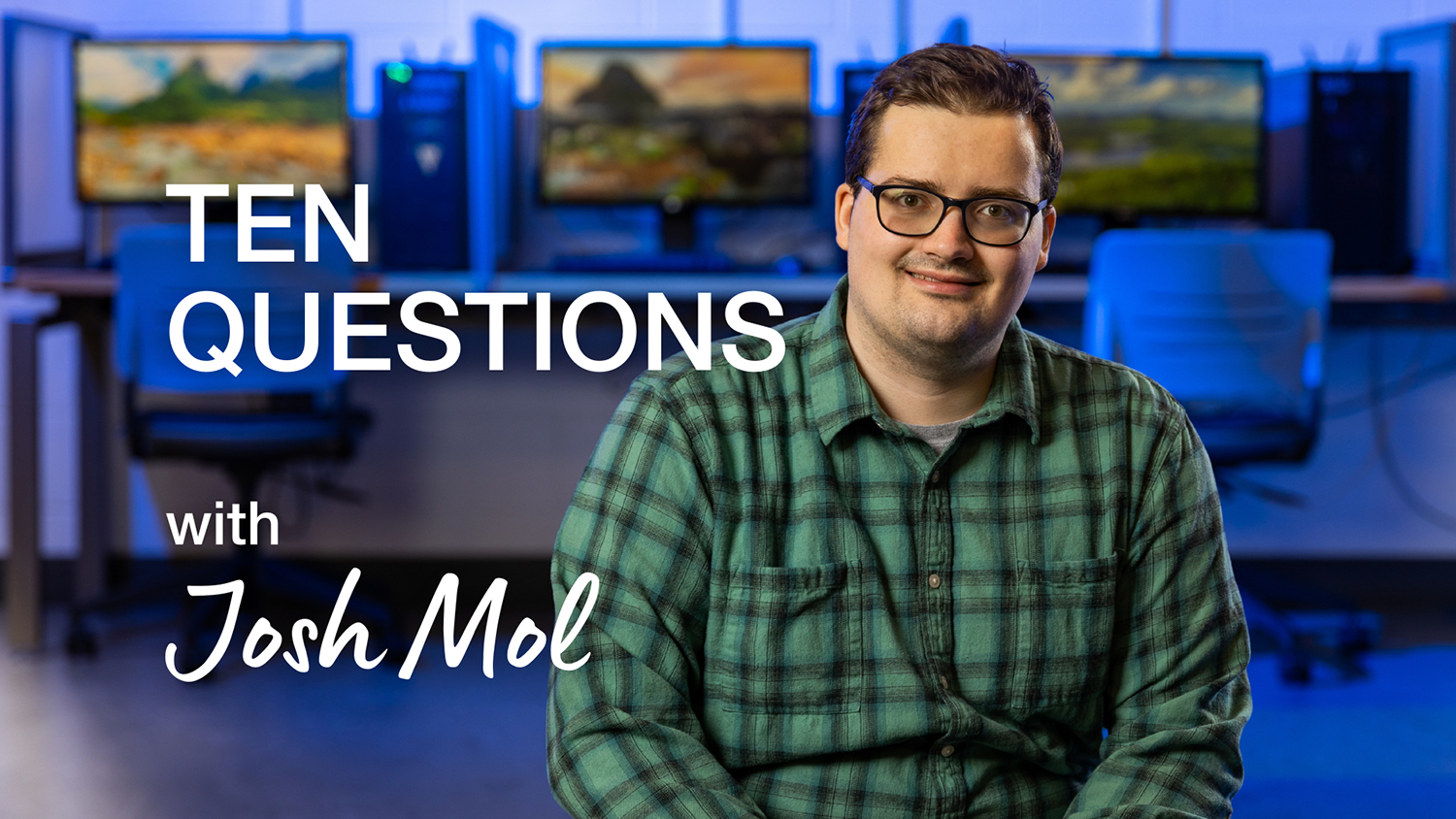 Growing up, Josh Mol loved playing video games like any other kid. Whether it was Super Mario Kart on Nintendo 64 with his cousins, or Sonic Adventure Battle 2 on GameCube with his brother, gaming was nothing more than a fun way to connect with his friends and family.

It wasn’t until he discovered a little game called League of Legends that gaming would become something more. It would become a lifestyle, a passion, a career. League of Legends opened his mind and his world to the communal and competitive arena of esports. And it’s this arena that led him to Harper College, where he is the college’s first esports coach. When he’s not leading the Hawks to victory, you can find him kicking back to the smooth sounds of Bobby Darin.

I like to keep to my schedule, so a perfect day is one where nothing derails me! Tech issues are the worst.

2. What is something people often get wrong about you?

All my life people have assumed I’m an athlete. I was 6’3” in eighth grade, so coaches were always trying to catch me after class to get me to join their teams. But nothing ever got my attention like gaming.

3. If you could make a documentary on any topic, what would it be?

I would love to make a documentary on the evolution of esports. Public opinion is that we’re just “kids in a basement,” so I think a documentary could really open people’s eyes to the broader competitive world of esports.

4. If you could go back and tell 13-year-old Josh one thing, what would it be?

You don’t need to impress anyone; just be yourself.

5. What songs are essential to the Josh Mol-curated playlist?

“Beyond the Sea” by Bobby Darin and “Fly Me to the Moon” by Frank Sinatra. I fell in love with jazz music thanks to a video game called the BioShock series that features music from this time period.

Arcane on Netflix. It’s a series based off of the video game Lore and features several characters from League of Legends. You don’t need to know the story or characters to love it. There’s a great quote from one of the episodes that has stuck with me: “In the chase of great, we forgot to do good.”

7. You could be best friends with one fictional character, who do you choose and why?

Harry Potter. When I started reading the first book, we were the same age so I could really relate to some of the things he was going through throughout the series.

8. What do you wonder about?

Archaeology. In college when I would read stories about Atlantis, it made me wonder what else in this world is yet to be discovered.

The future and growth of esports in America. I’m motivated by what I can do to push the envelope, as well as the global momentum that’s happening right now. There’s even talk about adding it to the Olympics!

10. What can Harper students expect from the esports program?

Harper students can expect a place to learn and grow. Everyone wants to win. But it’s the growth of a player, in and out of the game, that motivates me. If you come in as someone who’s been a solo player, and you can make a group of friends and join a community, that’s a win for me.