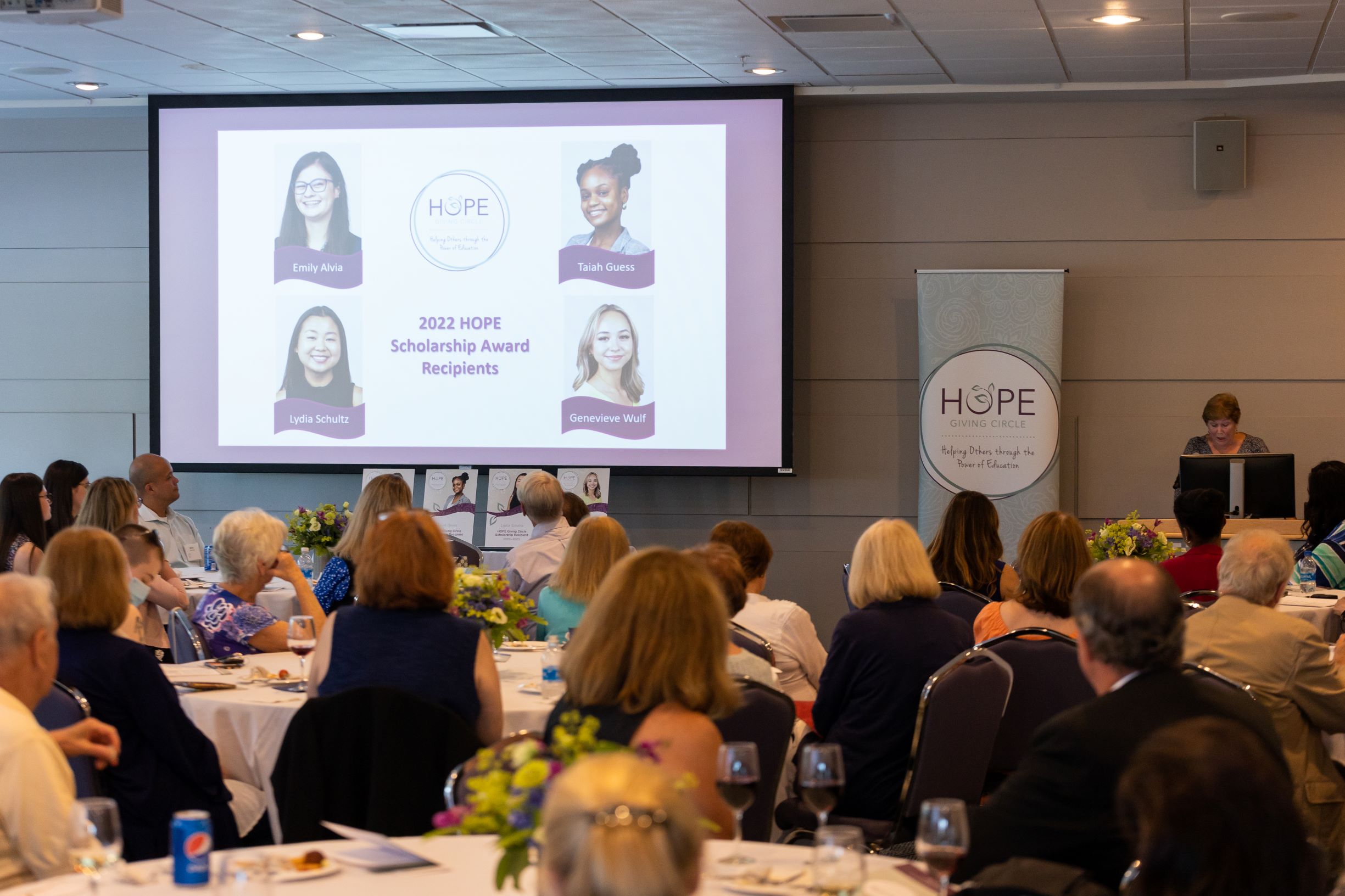 This year, the group awarded $10,000 scholarships to Harper students Emily Alvia, Taiah Guess, Lydia Schultz and Genevieve Wulf, who were honored at a recent awards reception.

“We are a strong community of women supporting the next generation of female leaders,” said Kathy Gilmer, chair of the HOPE Giving Circle Executive Committee and a founding HOPE member. “Year after year, we have the privilege of seeing first-hand the difference the HOPE Scholarship makes in the lives of these young women.”

The HOPE Scholarship is awarded to female students who are completing their final year at Harper and are planning to transfer to a four-year institution. Applicants must have a 3.0 minimum GPA and demonstrate community service or involvement.

Since its inception seven years ago, the HOPE Giving Circle has awarded $10,000 scholarships to 22 Harper students. In total, 120 donors have contributed more than $270,000 in support of future female leaders. 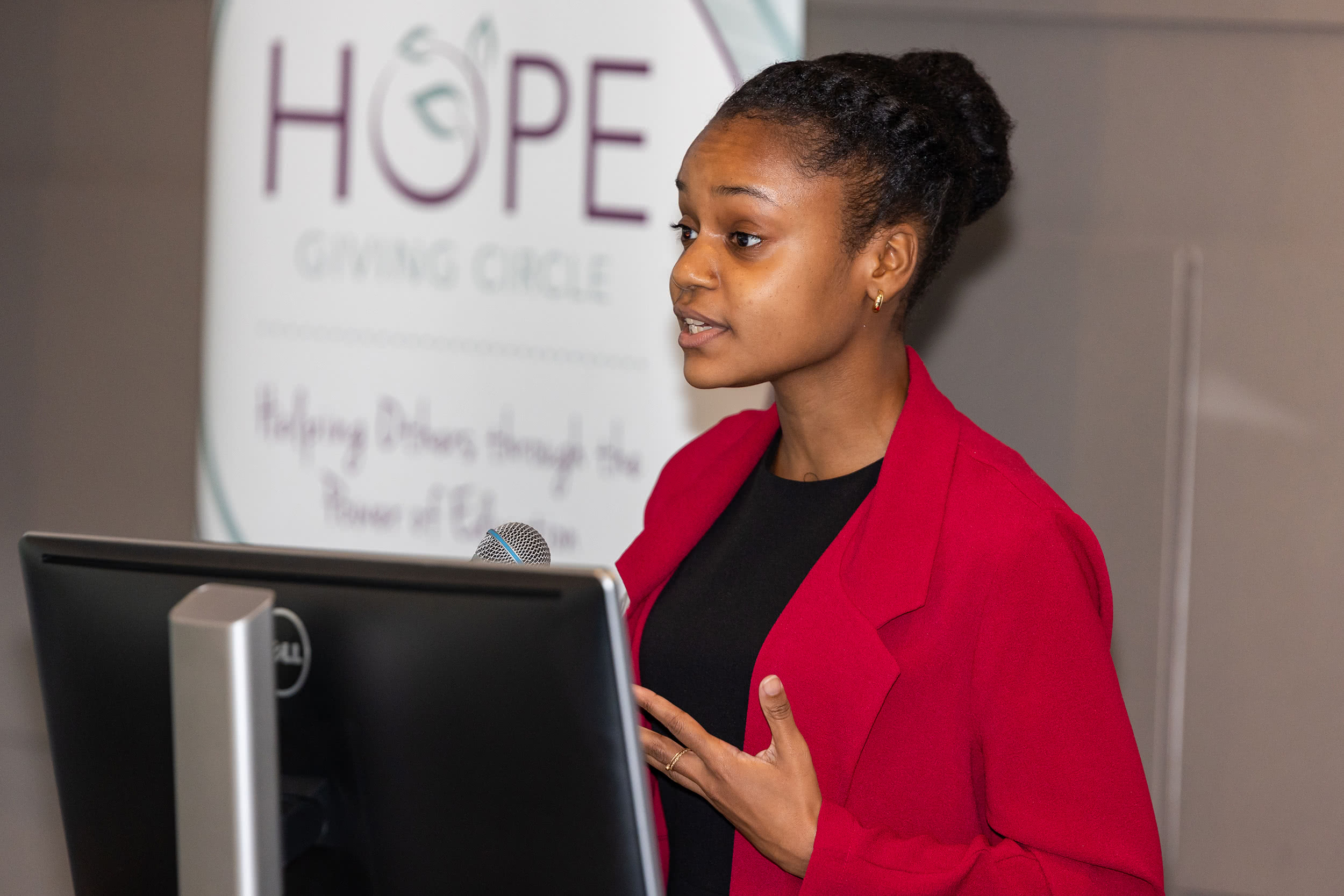 This year’s recipients are:

Emily Alvia is in the Engineering Pathways program at Harper and plans to transfer to the University of Illinois at Champaign-Urbana. She maintains a 4.0 GPA, works at Northrop Grumman and has been a youth group leader. She serves on the board of three Harper clubs including the Harper Society of Engineers, Women in Science and Engineering and the Harper Honors Program.

Taiah Guess is a first-generation college student who aspires to become an elementary school teacher. She plans to pursue a double major in elementary education and psychology with a minor in African American studies. She works as an early childhood teacher at KinderCare, has a 4.0 GPA and is in Harper’s Honors Program. Taiah has contributed to her community as a member of Junior ROTC and Feed My Starving Children.

Lydia Schultz dreams of becoming a journalist for National Geographic so she can travel and tell impactful stories that bring about positive change. She plans to transfer to DePaul University, has a 4.0 GPA and is a member of Harper’s Honors Program, Phi Theta Kappa and the Harbinger student newspaper. She has served as an online tutor for students in non-English speaking countries. Lydia also aspires to join the Peace Corps and be an English teacher in Ecuador.

Genevieve Wulf plans to major in neuroscience and pursue a career in cognitive and behavioral neuroscience so she can study the brain and behavior. She maintains a 4.0 GPA, is a member of the Harper’s Honors Program and serves as vice president of the Student Activities Board. Genevieve has volunteered with the Civil Air Patrol, where she served as squadron cadet commander and earned the Billy Mitchell Award.