Harper alumnus to lead discussion about power, media and #MeToo 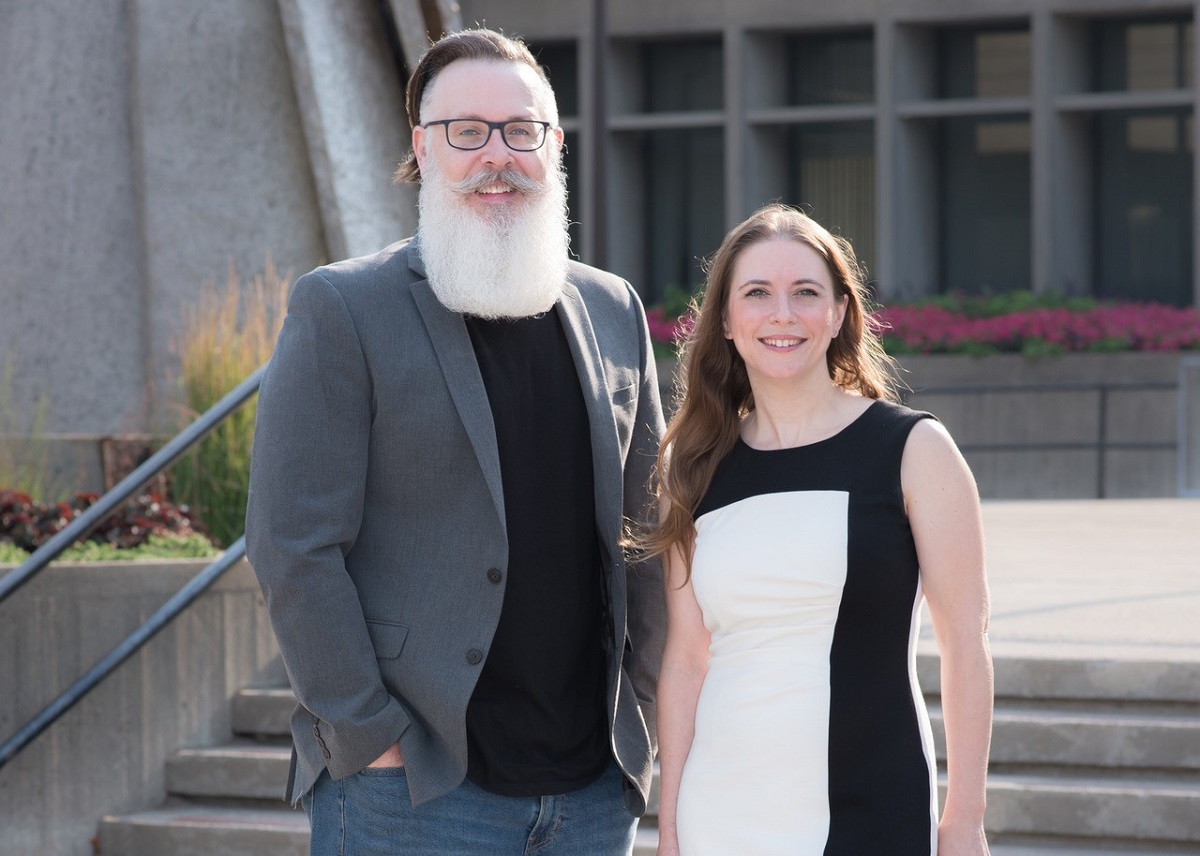 And they both admit that when they took their first steps as college students, neither knew what sociology was.

The collaborators (who are also a couple) laugh about this now, given their success in the field as well as their endless fascination with subjects within. Chris learned about sociology after he enrolled at Harper College in 1997. While taking Introduction to Sociology, helmed by now-retired professor Helmut Publ, Chris’ curiosity about sociology became insatiable. Because of the access he had to his professors, Chris was easily able to gain advice, book recommendations and more.

“As a straight white man, I knew what racism and sexism were, but I didn’t experience it,” said Chris, who grew up in Hanover Park and Schaumburg. “Sociology opened up my eyes to learning about the experiences of other people, as best I could.”

Born in Canada, Stacey had a similar intellectual awakening at the University of Ottawa, drawn in by the study of criminology, stigmatized populations and sexual crimes. During her career, she’s worked on research related to how marginalized individuals, including perpetrators of sexual violence, interact with society.

“I’ve always been interested in how the stigmatization of people convicted of sexual offenses can be counter-productive to public safety,” Stacey said. “They are more likely at risk of re-offending. It’s also not as clear as some think; after all, a lot of the offenders are victims of sexual crimes.”

With similar interests at separate institutions (Chris is a professor at Brandon University; Stacey chairs the Criminology department at Wilfrid Laurier University), the couple began to build a life together. Then they decided to write a book together. 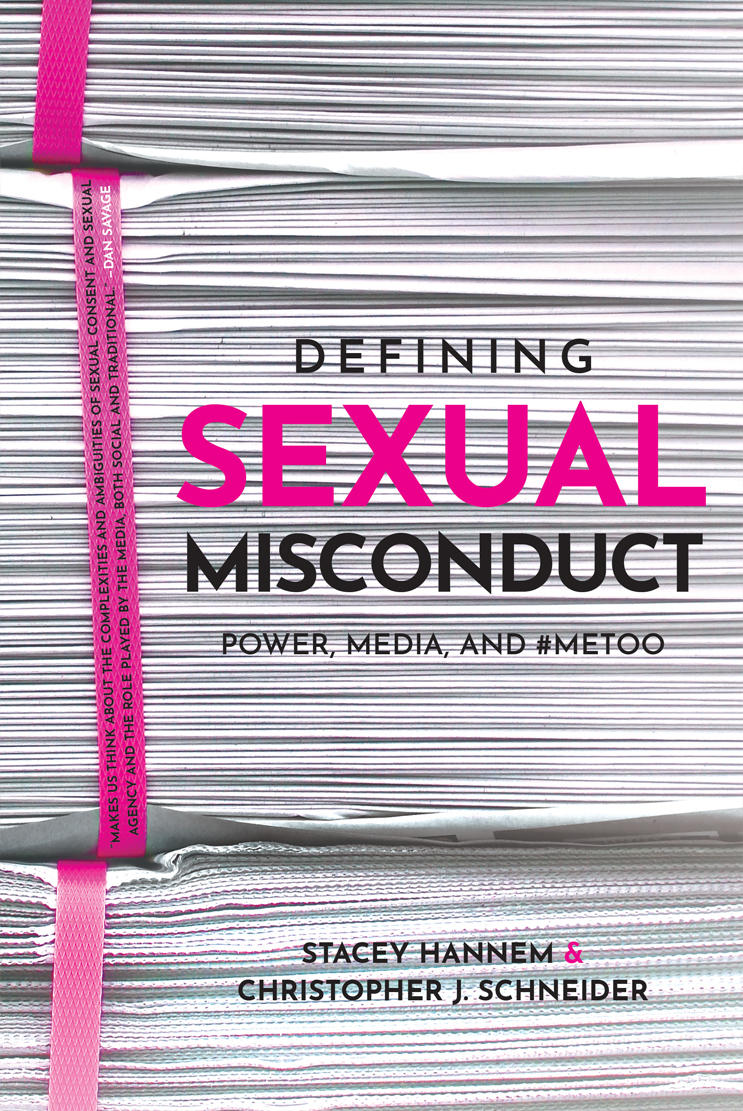 Chris describes Defining Sexual Misconduct as something that could have not been written by just one of them.

“This book is absolutely a product of both of us, 50/50,” Chris said. “She brought training, research and background in sexual violence. I’ve always been interested in how media informs culture.”

The couple, who were together when #MeToo caught fire, began having very specific conversations about sexual harassment and misconduct, in relation to their genders and lived experiences – not to mention their academic expertise.

“We thought, ‘We should bring all of these things together,” the Harper Distinguished Alumnus said.

Defining Sexual Misconduct does exactly that, taking a look at the evolution of the term “sexual misconduct,” examining how many once thought harassment could only happen in the workplace and looking at specific crimes and incidents that were exposed (or highlighted) in the #MeToo era of the past five years. It also looks at how punishment, whether criminal or social, was handed out by the public.

“Donald Trump was elected president and [disgraced movie executive] Harvey Weinstein had this rapid downfall, and I’m looking at the allegations against these two men. There are some substantive differences, but in a lot of ways, they’re very similar,” Stacey said. “Why do some people escape accountability and consequences and others pay a much higher price?”

In 2021, Dr. Christopher J. Schneider was nominated for and became a member of the Harper College Distinguished Alumni. Learn more about the awards, review awards criteria and nominating instructions, and submit or download applications. Self-nominations are accepted. The deadline for nominations is 5 p.m. Friday, May 6.

Stacey and Chris will bring the same discussions that inspired their book (as well as what their research shows) to a special lecture at Harper. The co-authors will speak about Defining Sexual Misconduct at 2 p.m. Wednesday, April 13 in the Performing Arts Center, 1200 W. Algonquin Road. A reception, book signing, and meet-and-greet will follow.

Both emphasize that this is a book for everyone interested in the subject, even those who – like young Chris and Stacey – might not know what sociology is. As such, it’s not surprising to learn that Defining Sexual Misconduct has won plaudits from esteemed feminist sociologist Dorothy E. Smith as well as activist-celebrities Alyssa Milano and Dan Savage. The lecture will be similarly approachable.

“Expect to learn something, but it’s going to be relatable to everybody,” Chris said. “This is not ‘big words’ and ‘strange terms.’ This is something everyone can connect with.”

Note: Although the event will focus on cases of sexual misconduct, it will not include graphic descriptions of sexual violence.