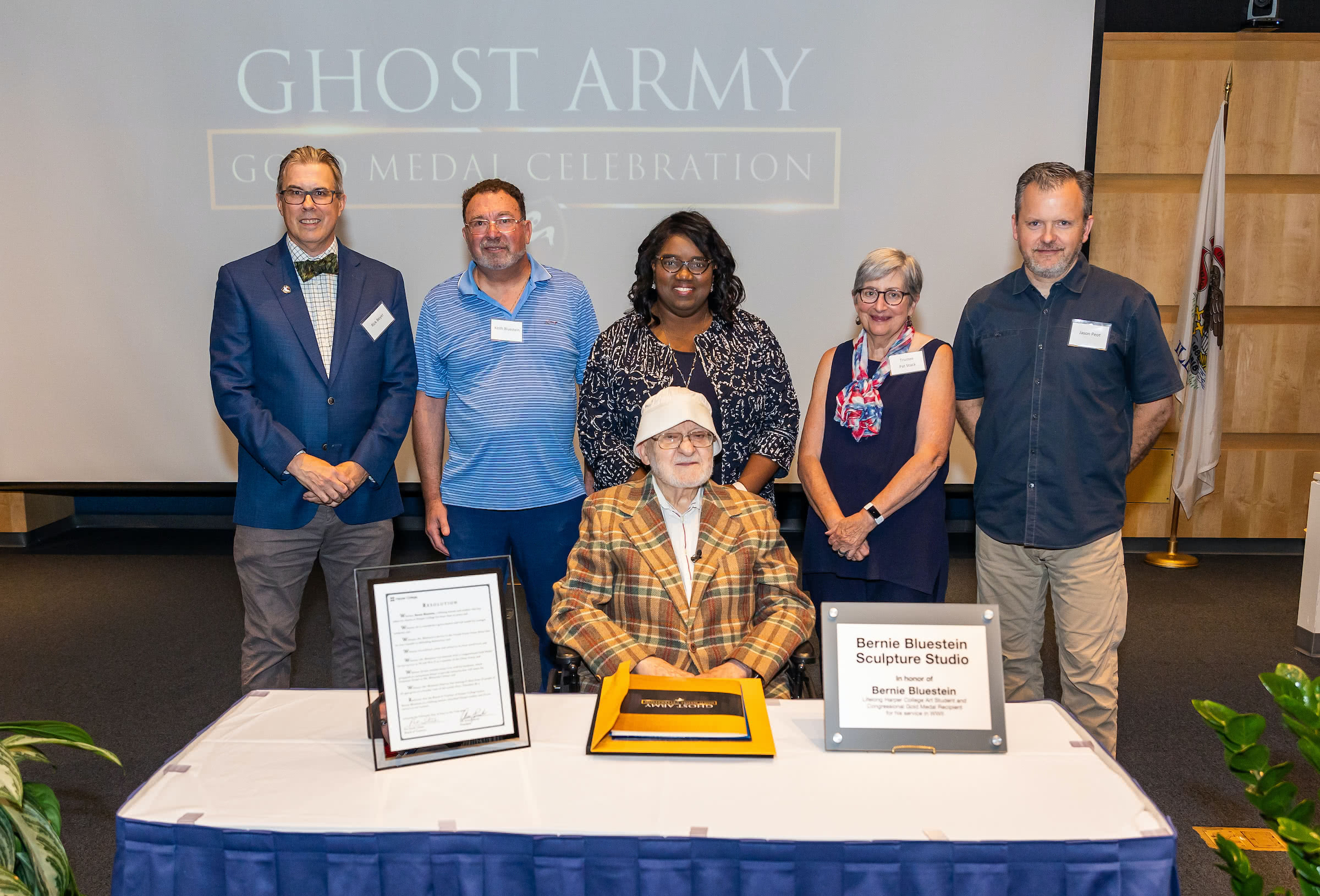 Harper College celebrated World War II veteran and longtime Harper student Bernie Bluestein on Saturday, July 16. Bluestein and his fellow veterans in the Ghost Army – which employed tactics such as inflatable tanks, sound effects, radio trickery and impersonation to deceive the enemy about the strength and location of American troops – were recently awarded the Congressional Gold Medal by both houses of the U.S. Congress and President Biden.

At the campus event, Bluestein, 98, was honored for this achievement, his service, and his 33 years as a student at Harper. Rick Beyer, president of the Ghost Army Legacy Project, hosted the event and provided background on the U.S. Army’s 23rd Headquarters Special Troops’ accomplishments. It is estimated that the efforts of 1,100 enlisted men saved the lives of between 15,000 and 30,000 U.S. troops. Their work wasn’t declassified until 1996.

Bluestein, who will turn 99 next month, is set to return to Harper as a sculpture student in the fall. View photos from the event below. 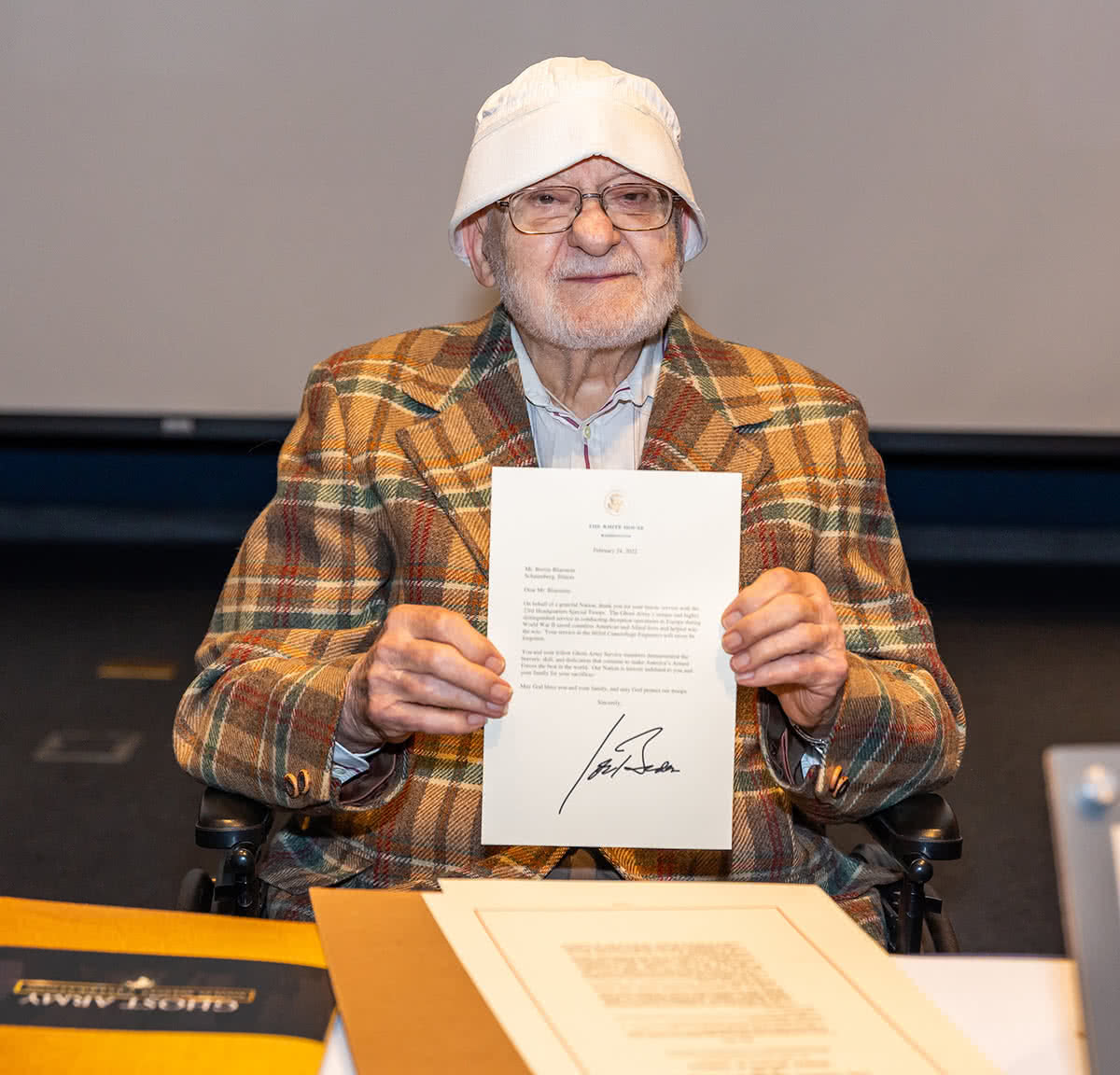 Bernie Bluestein was presented with a letter of gratitude from President Joe Biden. 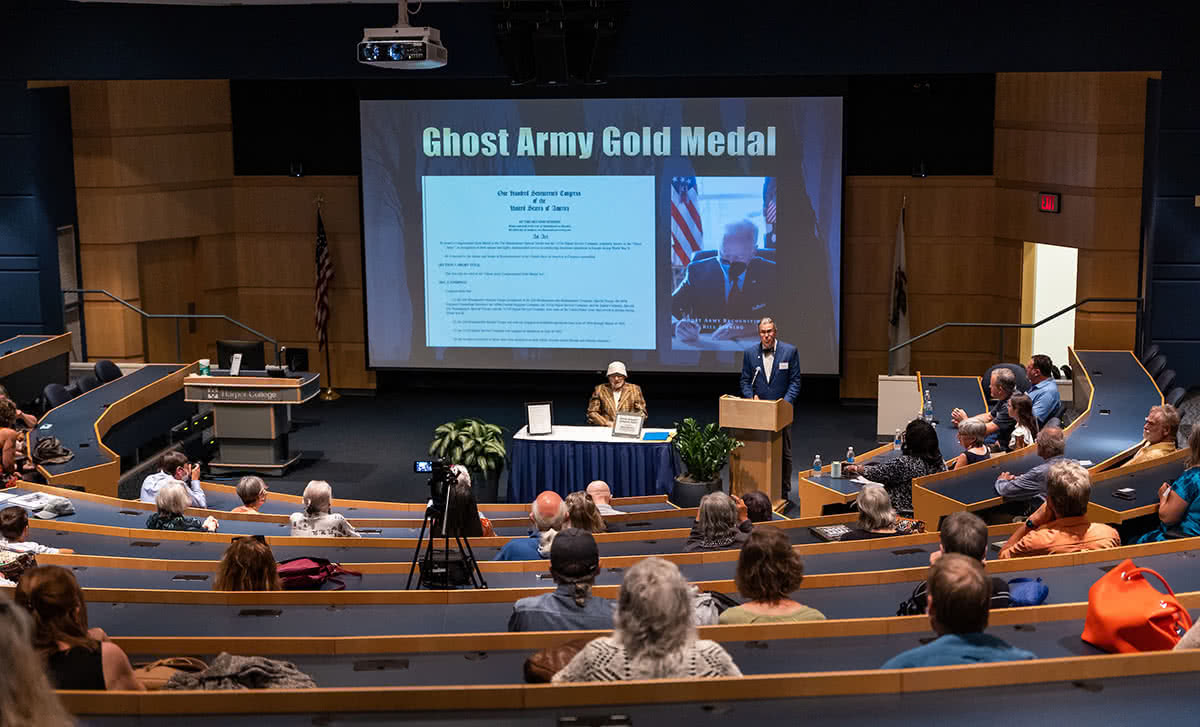 Rick Beyer, president of the Ghost Army Legacy Project, detailed the importance of the Congressional Gold Medal and the accomplishments of Bernie Bluestein and the Ghost Army. 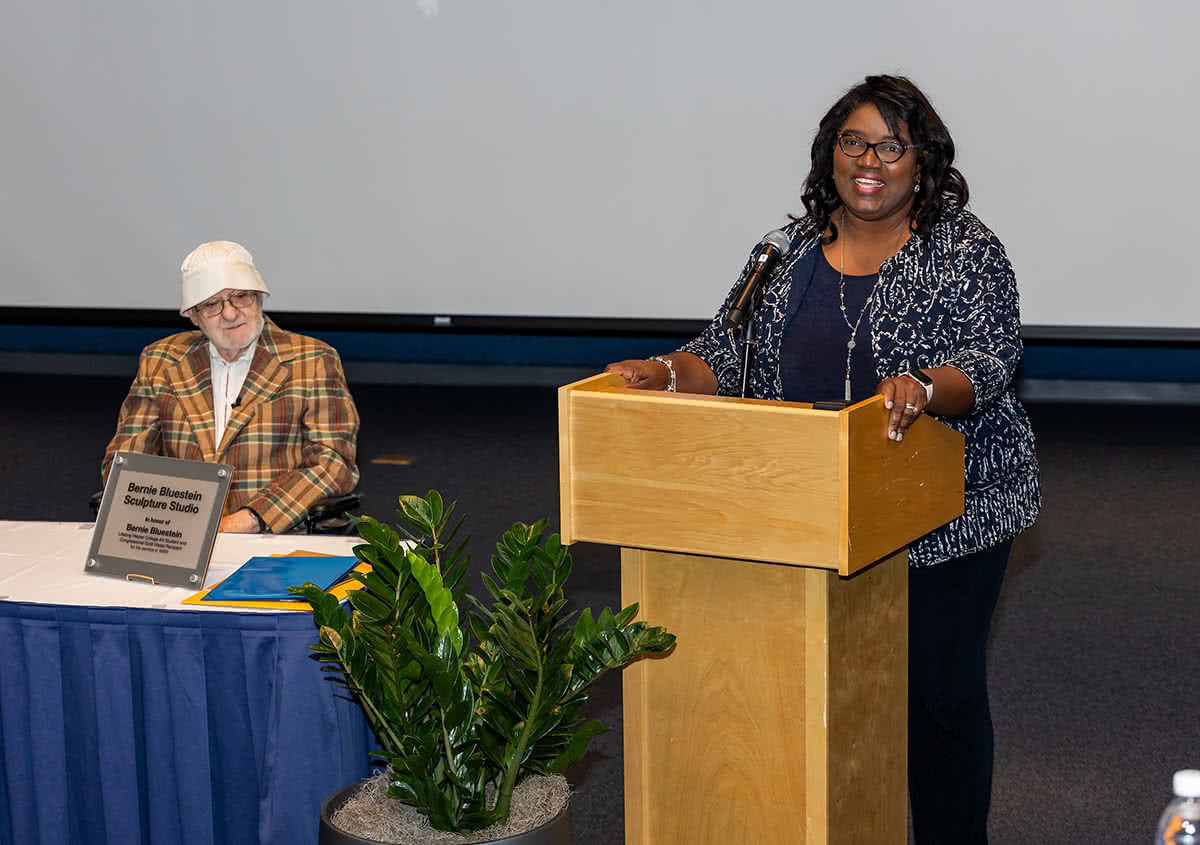 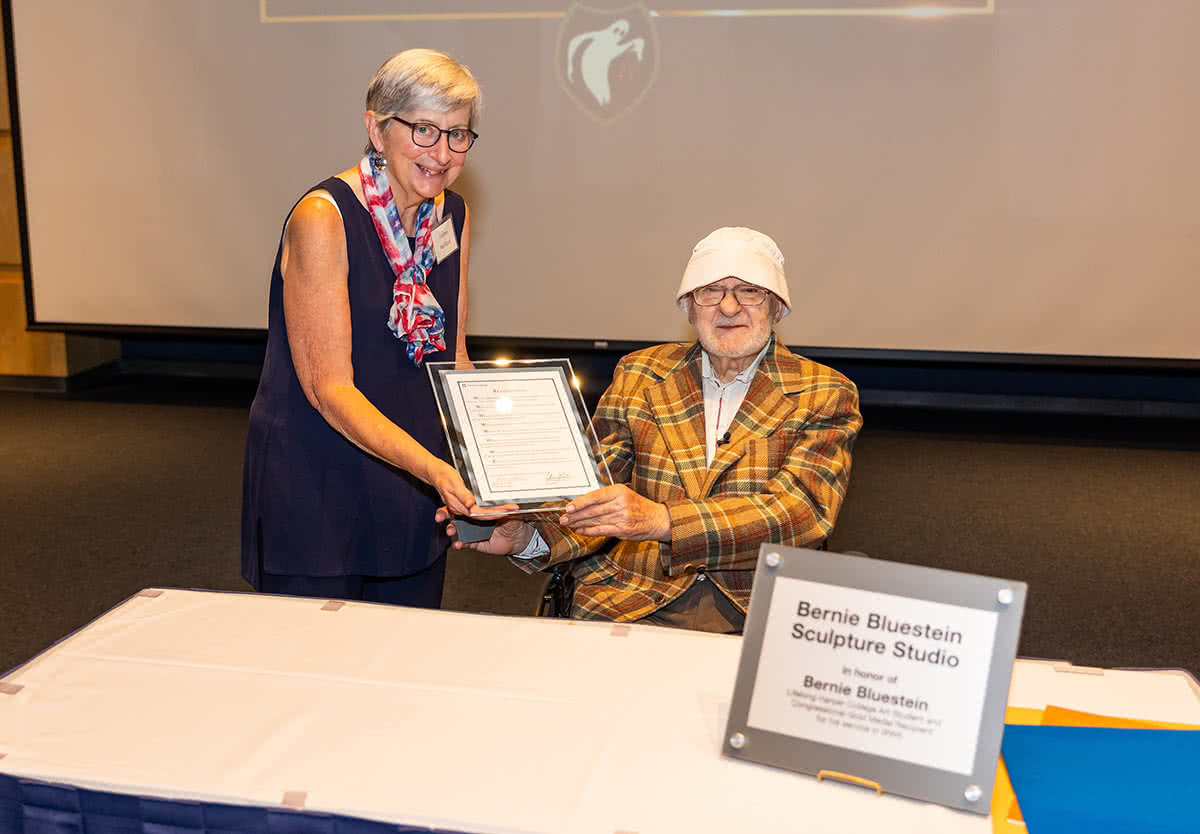 Pat Stack, chair of the Harper College Board of Trustees, presented Bernie Bluestein with an official resolution honoring his service as part of the Ghost Army. 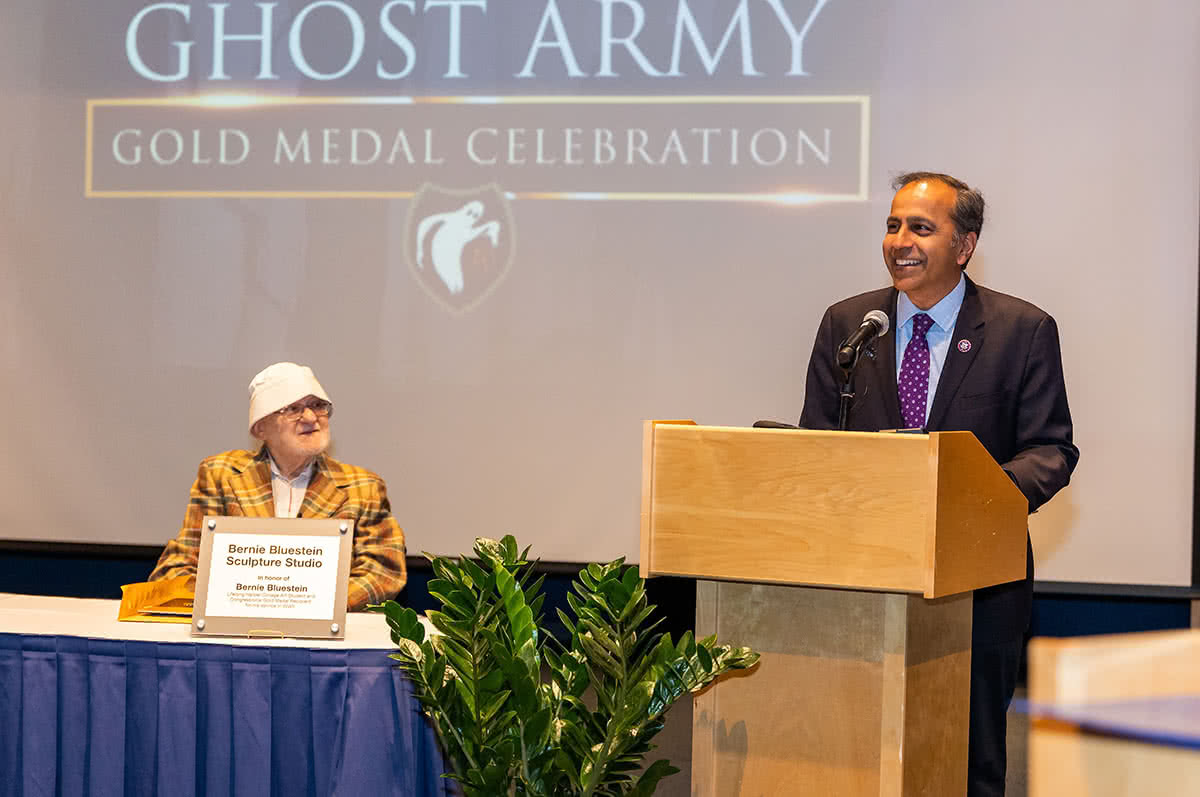 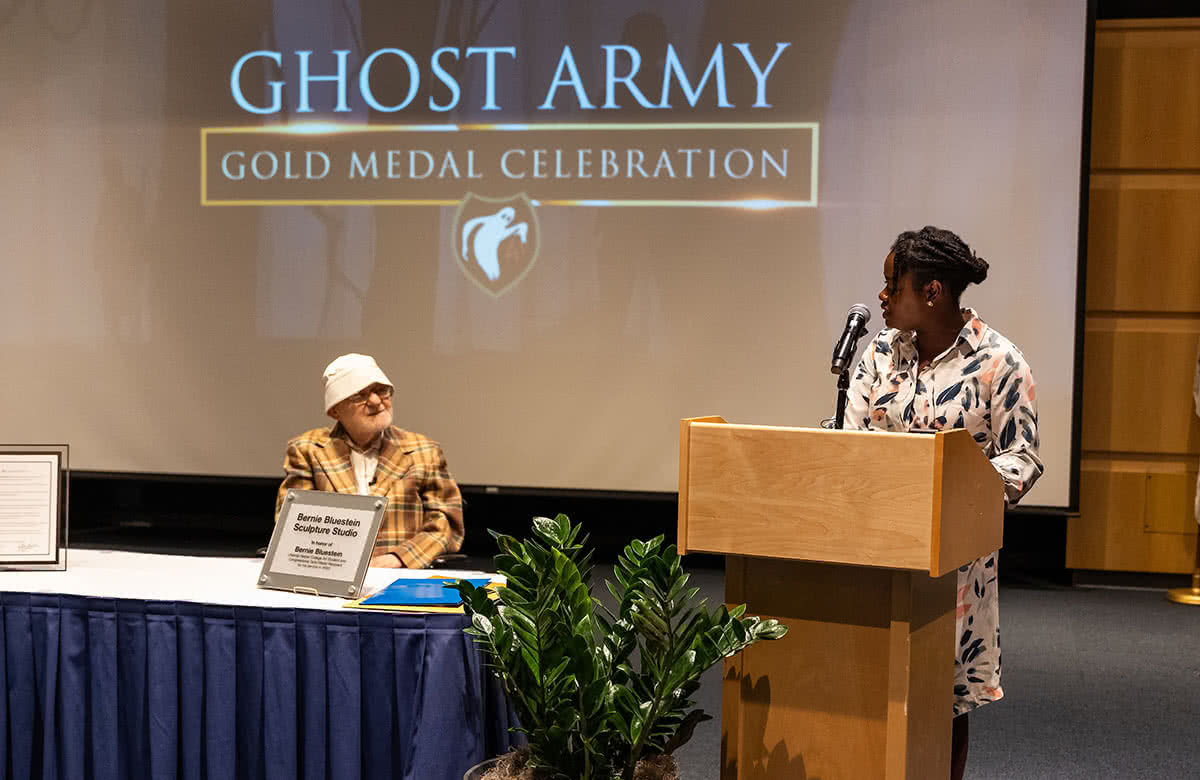 Yasmeen Bankole from the office of Sen. Dick Durbin (D-IL) read a letter of commendation from the senator. 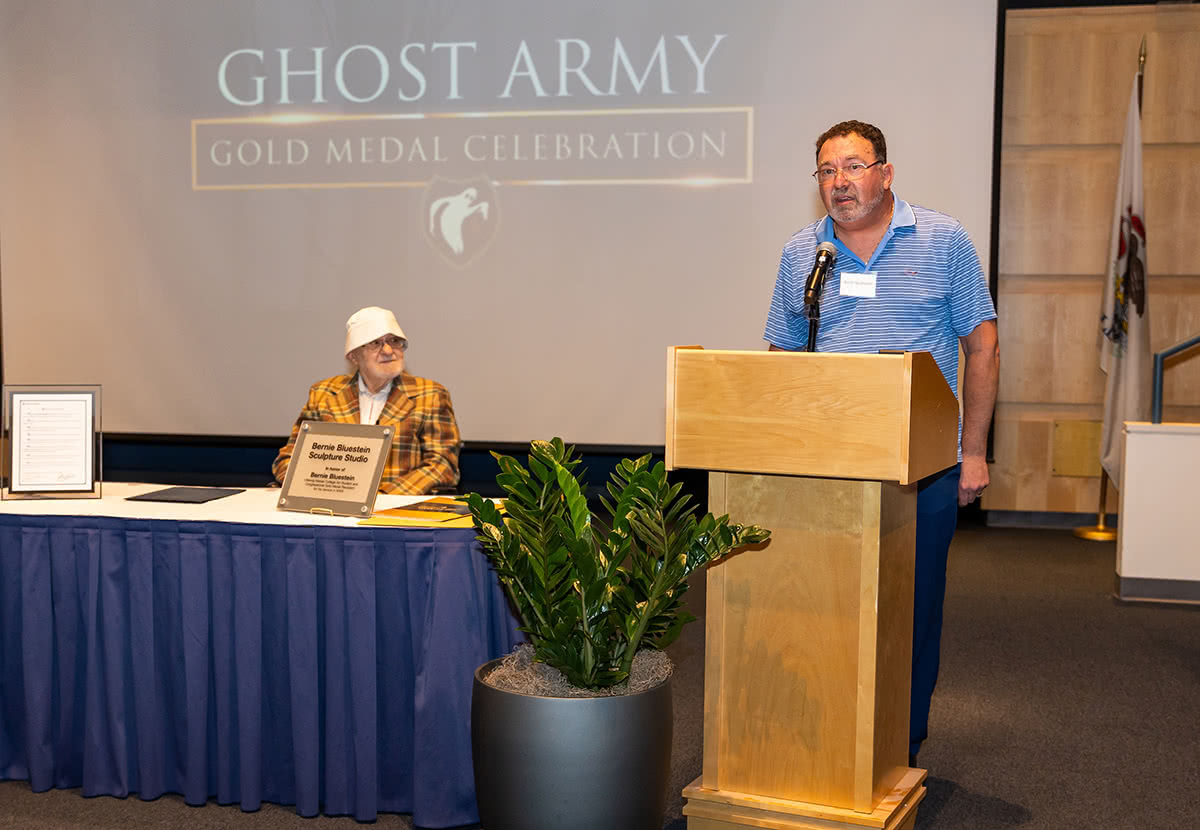 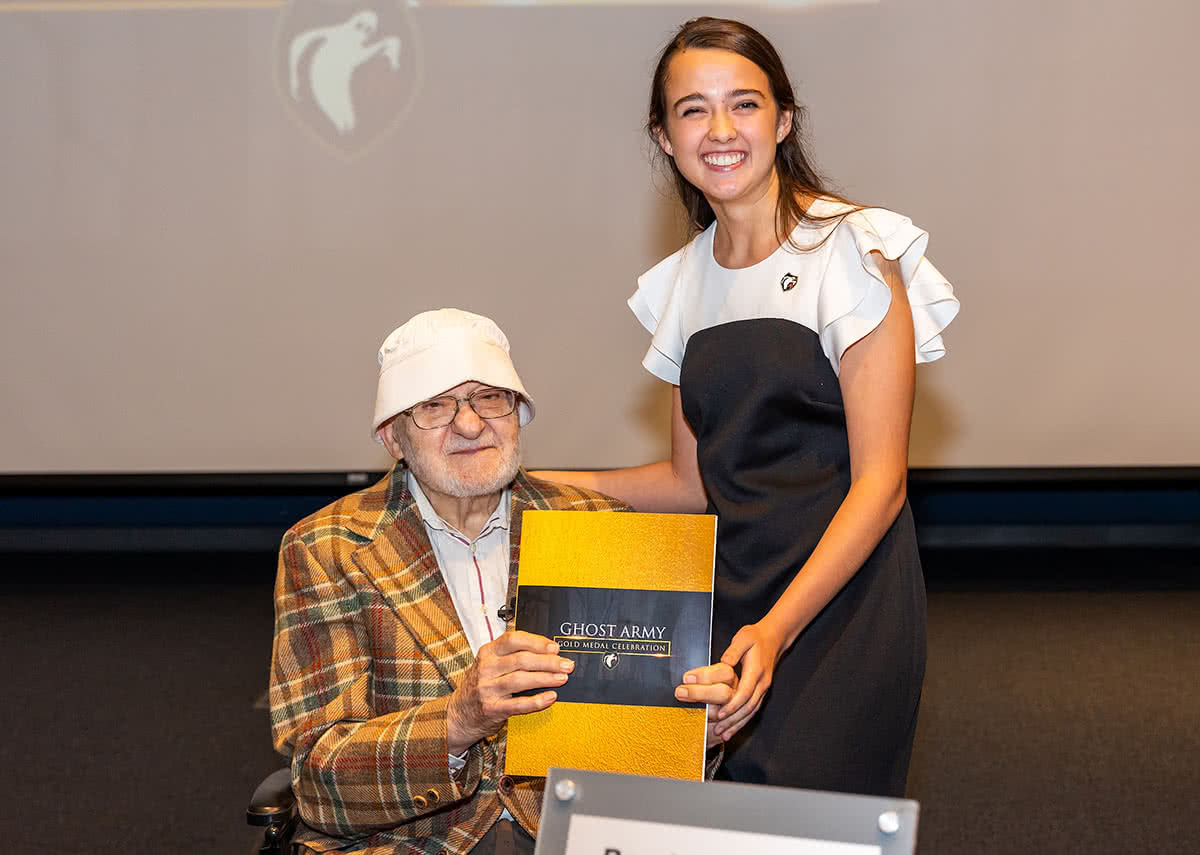 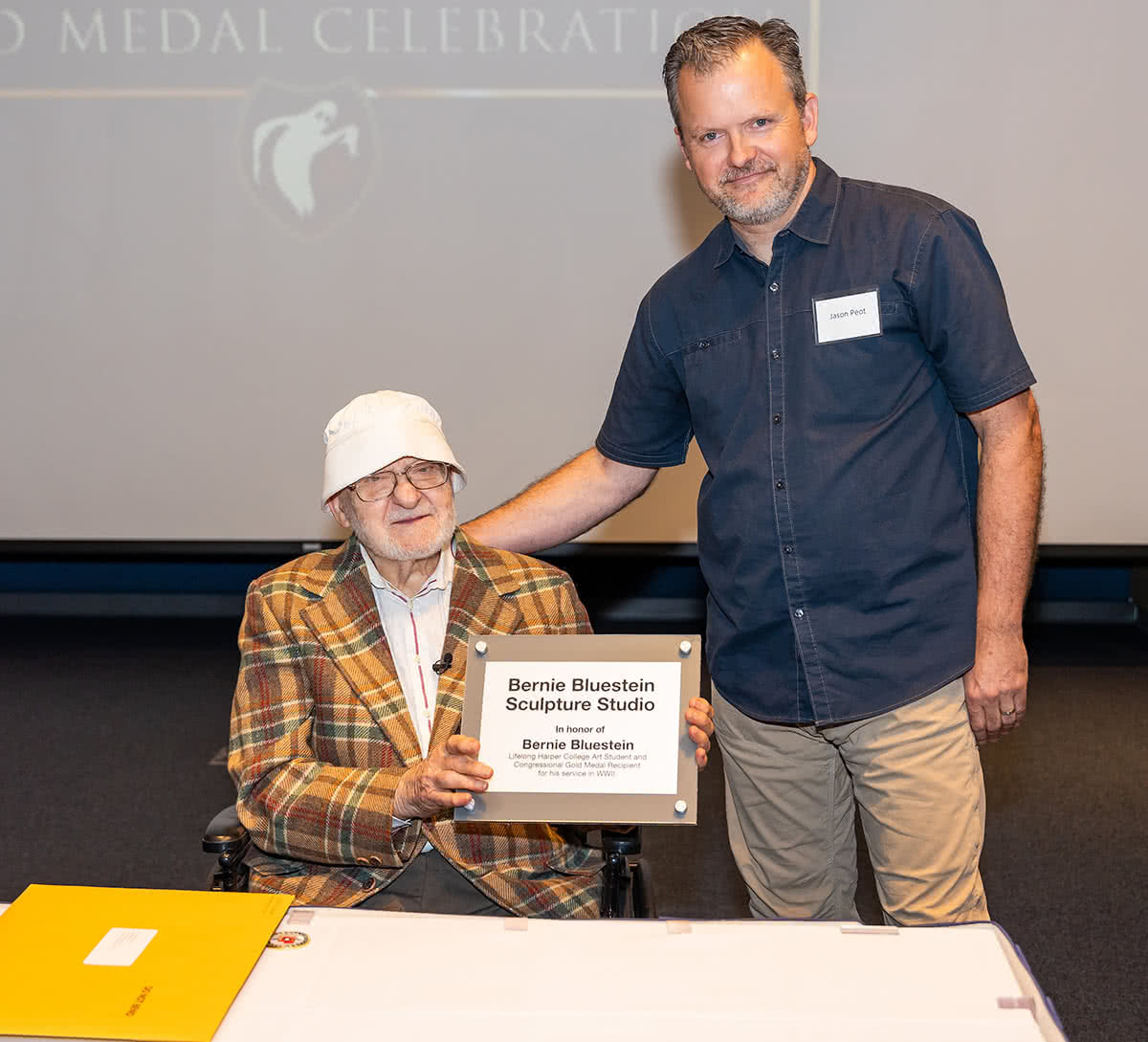 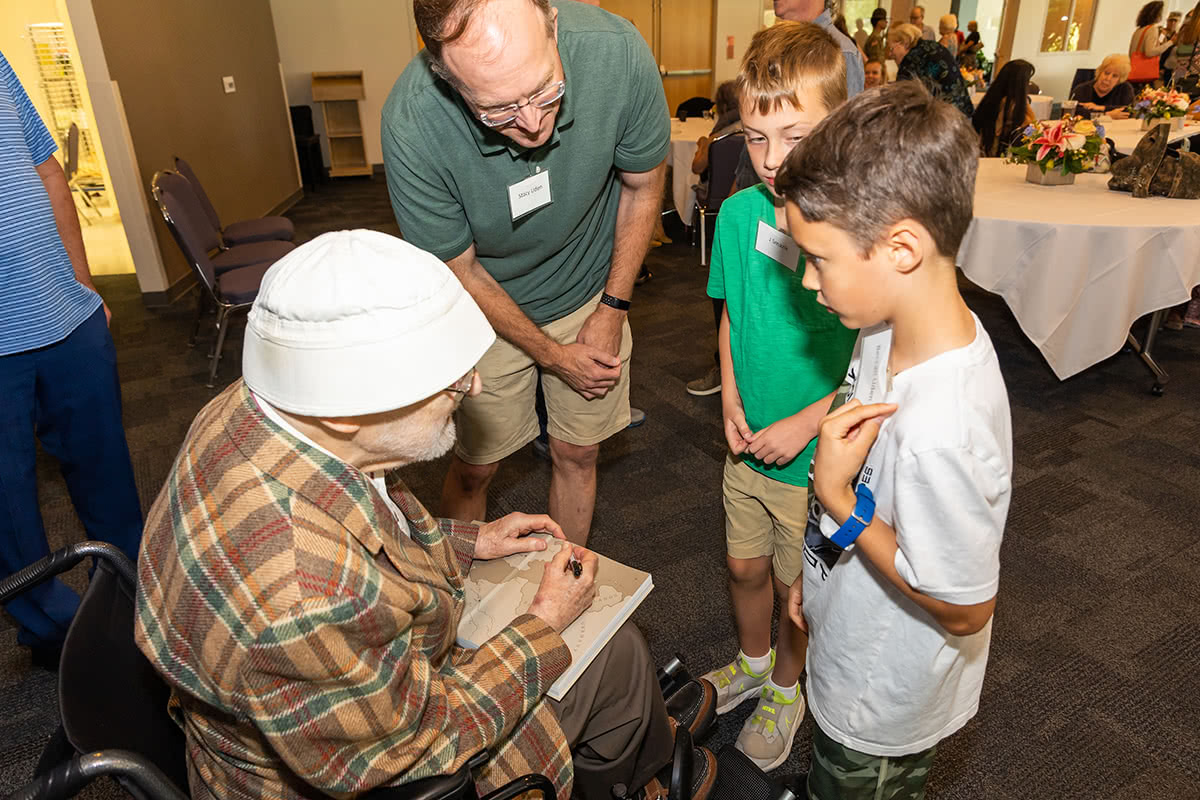 A reception ended the celebration, with Bernie Bluestein receiving visitors such as these boys who asked him to sign their Ghost Army book.