Skip to content
Get the latest updates on Harper's response to the COVID-19 outbreak.
Register now for Fall Semester courses
Learn about the new Online Associate in Arts degree. 100% online. 100% transfer.
https://www.harpercollege.edu/stories/images/amanda-drexler.jpg 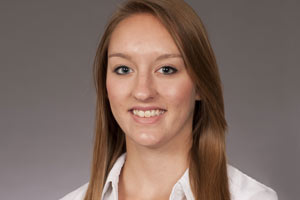 Throughout her entire education, Amanda had to be very independent and self-motivated, having not received much parental support. In high school, teachers served as her adult role models and when she transitioned to Harper, she was pleased to find another set of teachers who welcomed her, encouraged her and helped her believe in herself.

Amanda came to Harper straight from high school with the goal of becoming a high school teacher. She chose Harper because it was the most affordable option. As a One Million Degrees (OMD) scholar and with additional financial aid, Harper was essentially free. A smart student who enjoyed both the sciences and the arts, Amanda first connected with Professor Tom Dowd who nurtured her interest in chemistry and helped her believe she would make a good chemistry teacher. This interest led her to becoming a chemistry tutor, “The best job ever because I am helping students learn which is what I want to do in my career,” said Amanda. With her confidence building, Amanda joined the honors program and took a learning community class with Professor Andrew Wilson and Associate Professor John Garcia that she describes as an awakening, “The class was three hours, and I would find myself dreading the end of class. Weekends were a disappointment.” Amanda came to realize that her passion for the humanities outweighed her love for chemistry and she set her sights on becoming a high school English teacher.

Just about the time she figured out where she was headed, life took a downward turn; some traumatic experiences left her unable to focus on classes. In stepped the Harper community. David Antonides in Student Development helped her make some important decisions and kept her on track to completing her degree. Her OMD coach Bev Stelk served as both coach and cheerleader and Wilson and Garcia became her strongest advocates. They saw something special in Amanda, encouraging her to apply for the Jack Kent Cooke Undergraduate Scholarship. They wrote letters of recommendation and, along with Associate Professor Alicia Tomasian, spent countless hours helping her craft and revise her application essays.  “I would have dropped out of college if it hadn’t been for Professors Wilson and Garcia,” said Amanda.

Life is on the upswing for Amanda - on Saturday, May 14, she was inducted into the 2016 class of the Golden Apple Scholars of Illinois Program and Wilson, Garcia and Antonides were in the audience. They also had one more special announcement for Amanda... she had indeed won the Jack Kent Cooke Undergraduate Scholarship , which will provide her with up to $40,000 annually to complete her bachelor's degree. As Amanda crosses the stage at Commencement on Saturday, she will be walking toward a bright future.