Register now for InZone, offering virtual learning for kids through June
Learn about the new Online Associate in Arts degree. 100% online. 100% transfer.
Watch graduation videos and give a shout out to the Class of 2020
Get the latest updates on Harper's response to the COVID-19 outbreak.
https://www.harpercollege.edu/stories/images/brian-nestler.jpg 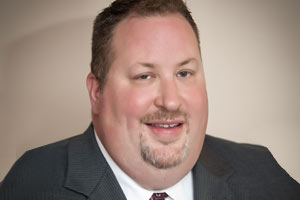 Brian had a very successful career in technology sales -that is until his company relocated out of state. At age 41, Brian found himself unemployed and without a college degree. Brian had started college right out of high school, but, as he said, “I made poor choices, found easy employment situations and decided I was good,” so he dropped out of college. Admittedly, each time he changed jobs, it kept getting harder to find an employer willing to consider someone without a degree; however, it was not such an insurmountable obstacle that he thought about going back to school.

When he found himself jobless this time, he took stock of his life and thought about what he would like to do for the next 30 years. If he wanted to make a change, now was the time. He had taken an interest in one of his father’s favorite pastimes, amateur (Ham) radio, and through his FCC licensing courses was exposed to emergency communication. This spurred him to enroll in Harper’s Emergency and Disaster Management program. Fast forward two years, he has completed his associates degree and will be walking across the graduation stage on May 21. No small feat for a man who was working full-time and supporting his wife and two children.

This is, however, not the end of his journey. He is currently pursuing his bachelor’s degree in Emergency and Disaster Management at American Military University and plans to continue on for his master’s degree. He is now a member of Harper’s EMG Career Advisory Board and will be speaking at both the World Conference on Disaster Management and the International Association of Emergency Managers Conference.

“Going back to school when you are 40-plus years old is not for the faint of heart,” notes Brian. “It is a constant balancing act between your job, school and family – and maybe a little sleep.” His best advice, “Take one step at a time; keep making progress.”