Student-employee finds his power at Harper 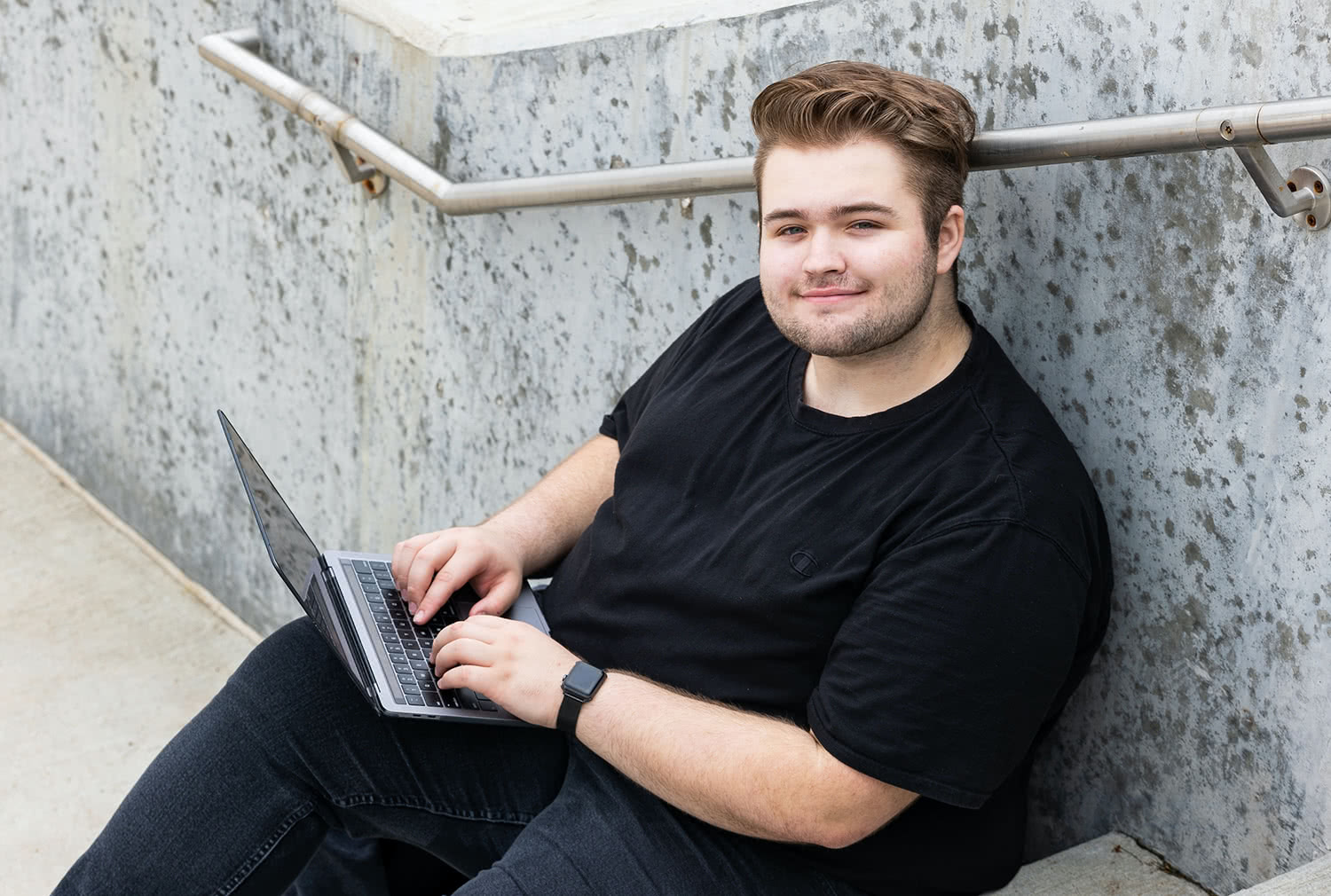 Mitch Ryba will admit it: He wasn’t the best student in high school.

Even though he graduated a little more than a year ago, Mitch talks about his high school experience like it is ancient history. It might as well have been, given how Mitch discusses who he was before the COVID-19 pandemic and who he is today as a Harper College student and employee.

“When the pandemic hit, I had a lot more time than I needed. One of the things I wanted to work on was not only making myself a better person, but a better student,” Mitch said. “I didn’t have the means to be successful in high school because… I don’t know, I just didn’t really care. Coming into college, I wanted to care. I wanted to be a good student. It’s been about finding my power.”

Mitch said he’s found his power at Harper. Well, to be accurate, he began to discover it as part of the college’s Certified Nursing Assistant certificate program. A dual credit student during his senior year, Mitch earned his CNA certificate with classes taught at Rolling Meadows High School. He developed a greater interest in science and medicine in the process.

He credited that program, and his pandemic-inspired self-reflection, with setting his academic path. Mitch fought hard to join Harper’s Honors Program. He “fell in love with the mysteries” of chemistry and biology at the college. He found that he belonged.

“As a first-generation college student, Harper has many more resources for me as a student versus a four-year [institution],” he said. “Harper’s instructors and staff can be there for students, no matter where they are in their academic journey.”

Mitch has bonded with his professors in ways that surprised him – from a shared fascination with science to a common understanding of sexual identity. As a gay man, he said he wasn’t prepared for the support he’s felt and witnessed for LGBTQIA+ students, professors and staff at Harper.

He’s also enjoyed the opportunity to simultaneously learn from and educate others as a member of the college’s Pride Club. Mitch was set to speak at Harper’s first Pride Fest in June (postponed due to weather) and remains excited to take part in the event, rescheduled this fall.

In his first year at Harper, he also joined the Environmental and Chemistry clubs (he’s an officer in the latter). Mitch beamed about his experience as a member of all three groups and singles out the three advisors for their creativity and care: Karen Dailey (Chemistry), Nellie Khalil (Environmental) and LaVonya Williams (Pride).

“One thing about Harper’s clubs is that the advisors are often professors. They give the power to the students and we come up with some amazing ideas,” he said. “Even with clubs meeting online [during the pandemic], they did exceptionally well. I’ve seen how professors work for their students.” 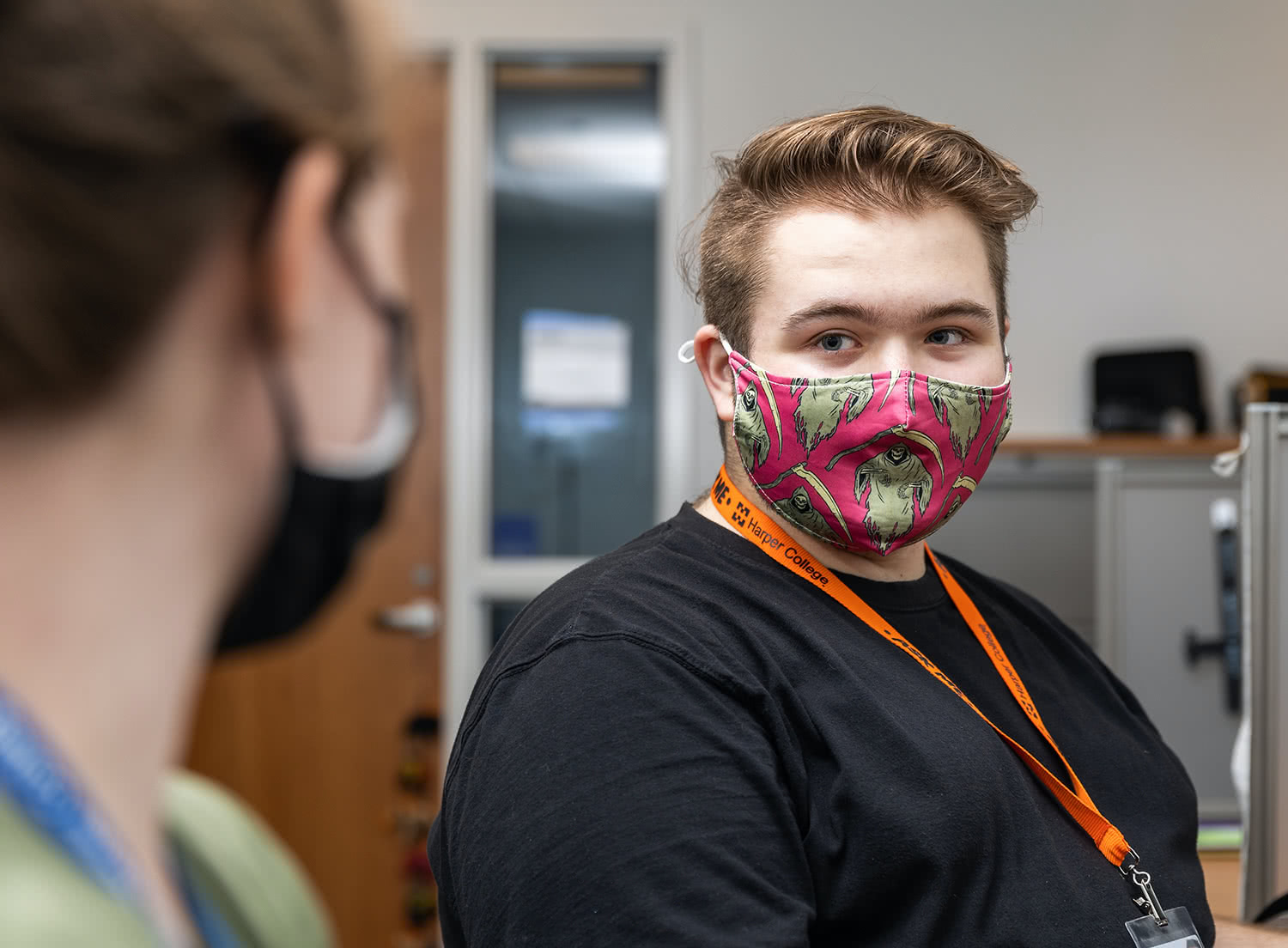 On top of being a heavily involved student, Mitch is also a part-time Harper employee. Harper Wellness hired him in March as a wellness promotion assistant. As part of his duties, he maintains the Harper Wellness Instagram account and helps plan and implement events such as those included in Welcome Week, for students new to campus, starting Aug. 23.

“I really enjoy the job and the community,” said Mitch, who is excited for the continuing increase of on-campus events. “It’s eye-opening for a student to see how the staff side of things work, to see how much love and thought Harper staff put in. They really empower the student body.”

He is set to graduate from Harper with an Associate in Science degree in fall 2021. Mitch plans to transfer to the University of Illinois at Urbana-Champaign to earn his bachelor’s degree in integrated biology or microbiology. His end educational goal is to go to medical school.

Mitch credited Harper for guiding him on the road to a career in science and health. He is grateful for the encouragement he received in becoming a more committed student.

“If you’re unsure about anything with your career path, Harper College is an amazing school with amazing professors who will fight for you,” he said. “They will help you be more successful. They’ve helped me.”