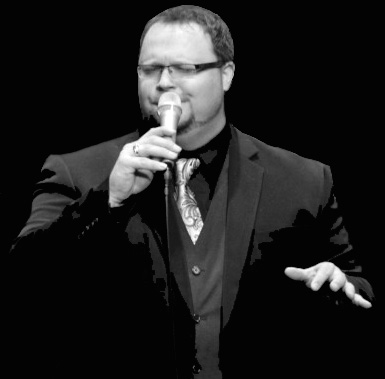 Jeff Hedberg is a Chicago-based, jazz vocalist, flugelhorn/trumpet player, band leader and educator. Jeff currently teaches at Harper College in Palatine, IL, working with vocal jazz and trumpet students. As Grammy-winning Jazz Critic, Neil Tesser notes - Hedberg sounds a great deal like Tormé. To which I can only ask, “What’s wrong with that?” At his peak, Tormé was the most artistically accomplished male jazz singer in history. Anyone who can reference that achievement, without wilting in the comparison, gets my vote."

Jeff is also the leader and founder of JEFF HEDBERG & C11. This unique 12-piece, Chicago-based jazz group, founded in April 2008, dedicated to preserving and performing the legendary "dek-tette" arrangements of master arranger, Marty Paich. Grammy winning Jazz Critic, Neil Tesser notes - "they re-create, with fidelity and precision, selections from several albums that the jazz genius Mel Tormé recorded in the mid-50s...and lives up to its inspiration, reeling off Paich’s writing with exuberance as well as care...Hedberg’s C11 makes these charts sound nearly as fresh as they did six decades ago." Jeff and C11 have released two recordings as part of their "Pages of Paich" project entitled "Too Darn Hot" and "Nice Work...If You Can Get It."